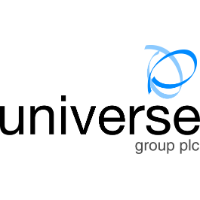 Universe Group plc (LON: UNG), a leading developer and supplier of point of sale, payment and loyalty systems, today announced its completion of the acquisition of 95% of the issued share capital of Camden Technology Investments Limited and its subsidiaries, each trading as Celtech, for an initial cash consideration of €4.48 million and the issue (out of existing AGM authorities) of 22,842,785 new shares in Universe representing 8.95% of the issued share capital of the Company as enlarged by the issue of these shares.

The total initial consideration due, at the Company’s closing share price on 2 April 2019 and assuming a EUR/GBP exchange rate of 1.17, is £4.96 million. In addition, the remaining 5% of the shares in Camden Technology are subject to a put and call option exercisable after 1 year at a cost of €0.32 million, payable in cash.

“We are delighted with this transaction as Celtech is a class-leading developer of cloud-based retail and wholesale management solutions. The acquisition allows the Group to offer the very latest in RMS technologies to existing and new customers and extends the Group’s product offering into wholesaling and new geographies such as Ireland. It is expected to be earnings enhancing in its first full year of ownership.”

“We have a best in class software solution for retail and wholesale evidenced by the breadth and quality of our customer base. This transaction with Universe gives us the opportunity to quickly promote and support our offering to more customers. We were attracted to Universe’s culture and their investment in customer care services and we are very excited about the prospects for the combined group.”

Celtech develops and sells its RMS, called ab-initio, to wholesale and retail customers in the UK and Ireland. Approximately 14,000 users log into ab-initio every day to manage their retail and wholesale businesses. Customers include Bestway, One Stop and various co-ops across the UK. For the year ended 31 December 2018, it had unaudited revenues of £1.92 million and an unaudited loss after tax of £0.57 million, principally as a result of it undertaking a large amount of internal product and systems development (rather than focusing on fee earning work) that year. All development costs are written off as incurred. In 2017, the audited revenues were £3.33 million and audited profit after tax was £0.47 million. Unaudited net assets at 31 December 2018 were £0.75 million (2017: audited net assets of £1.32 million). For further information on Celtech, please see www.celtechgroup.com.

Celtech’s ab-initio software product is a class-leading, cloud-based RMS offering that gives large, multi-site operators a uniquely powerful modular suite operating in real-time and allowing them to control all aspects of their business with full reporting, insights and analytics. As such, it meets the needs of Universe’s larger customers and broadens the Group’s customer base in the UK and Ireland with additional high-profile retailers.

Consideration for the Acquisition

The initial consideration due on completion is €4.48 million payable in cash and the issue of 22,842,785 new shares in Universe Group plc. The issued shares are subject to a 12-month lock-in period. In addition, the remaining 5% of the target company’s share capital is subject to a put and call option exercisable after 1 year at a cost of €0.32 million, to be satisfied in cash. The Acquisition is being funded out of existing cash resources and a new 4-year, £3.50 million term loan and a 3-year, £1.50 million revolving credit facility with HSBC. Unaudited net cash of the Group on 31 December 2018 was £1.92 million (2017: audited net cash of £1.86 million).

The Group announces that its results for the year ended 31 December 2018 will be released on 17 April 2019. These results are expected to be in line with current market expectations.

Application has been made for the 22,842,785 new shares to be admitted to trading on AIM which is expected to occur on 8 April 2019 (“Admission”). Following Admission, Universe will have 255,191,720 ordinary shares of 1p each in issue with each share carrying the right to one vote. This is the total voting rights figure which may be used by shareholders as the denominator for the calculations by which they will determine whether they are required to notify their interests in, or a change to their interest in, the Company under the Financial Conduct Authority’s Disclosure Guidance and Transparency Rules.

You can read the full UNG archive by clicking the EPIC code.

Universe Group performance to be in line with expectations

CEO INTERVIEW: Universe Group well positioned for growth in 2019 and beyond

INTERVIEW: Universe Group Better than expected 2018 and a confident start to 2019