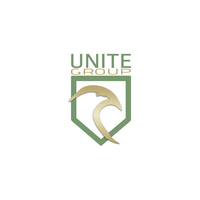 The Unite Group plc (LON: UTG) today announced a proposed placing of 26,353,664 new ordinary shares in the Company to institutional investors. The Placing is being conducted through an accelerated bookbuild which will be launched immediately following release of this announcement.

Use of Proceeds of the Placing

As announced separately today, Unite has agreed to acquire Liberty Living Group Plc from Liberty Living Holdings Inc., a wholly owned subsidiary of Canada Pension Plan Investment Board. The Liberty Living portfolio is a high quality portfolio of purpose built student accommodation comprising 24,021 beds and was independently valued at £2.2 billion as at 31 May 2019.

The Acquisition has been priced on a NAV-for-NAV basis (subject to certain adjustments) for a total consideration of £1.4 billion. The transaction consideration is comprised of a combination of cash and shares:

· CPPIB Holdco to receive approximately 72.6 million new Unite shares representing 20% of the enlarged group upon completion of the Acquisition

· As part of the transaction, the Unite Student Accommodation Fund will acquire Liberty Living’s properties in Cardiff for cash consideration of £253 million

The Placing is not conditional upon the Acquisition – if the Acquisition does not complete then the net proceeds of the Placing will be retained for use in connection with Unite’s development and partnership pipeline or for general commercial activities, or a combination thereof.

Capitalised terms used but not defined in this announcement have the same meanings as set out in the Company’s separate announcement regarding the Acquisition.

J.P. Morgan Securities plc, which conducts its UK investment banking activities as J.P. Morgan Cazenove and Numis Securities Limited are acting as joint bookrunners in connection with the Placing.

J.P. Morgan Cazenove and Numis Securities will commence a bookbuilding process in respect of the Placing. The book will open with immediate effect. The Joint Bookrunners have entered into an agreement with Unite under which, subject to the conditions set out therein, the Joint Bookrunners will agree to use their respective reasonable endeavours to procure subscribers for the Placing Shares at a price determined following completion of the Bookbuild and as set out in the Placing and Sponsor’s Agreement. The Placing is subject to the terms and conditions set out in the appendix A to this announcement. Members of the public are not entitled to participate in the Placing.

Application will be made for the Placing Shares to be admitted to the premium listing segment of the Official List of the Financial Conduct Authority and to trading on the main market for listed securities of the London Stock Exchange plc. It is expected that Admission will take place at or around 8.00 a.m. (London time) on 5 July 2019 (or such later date as may be agreed between the Company and the Joint Bookrunners). The Placing is conditional upon, inter alia, Admission becoming effective. The Placing is also conditional upon the Placing and Sponsor’s Agreement not being terminated in accordance with its terms.

Prior to launch of the Placing, the Company consulted with a significant number of its Shareholders to gauge their feedback as to the transaction and the terms of the Placing. Feedback from this consultation was supportive and as a result the Board has chosen to proceed with the Placing to part finance the Acquisition through an equity raise which will ensure the Enlarged Group LTV ratio is limited to approximately 40% immediately following Completion. The Placing is being structured as a Bookbuild to minimise execution and market risk. The Board intends to apply the principles of pre-emption when allocating Placing Shares to those investors that participate in the Placing. The Placing Shares will be issued pursuant to the allotment and disapplication of pre-emption authorities that Shareholders granted to the Company at its annual general meeting on 9 May 2019.

The Unite Group plc has agreed to acquire Liberty Living Group Plc (together with its subsidiary undertakings, “Liberty Living”) from Liberty Living Holdings Inc., a wholly owned subsidiary of Canada Pension Plan Investment Board. The Liberty Living portfolio is a high quality portfolio of purpose built student accommodation comprising 24,021 beds and was independently valued at £2.2 billion as at 31 May 2019.

The Acquisition has been priced on a NAV-for-NAV basis (subject to certain adjustments) for a total consideration of £1.4 billion. The consideration is comprised of a combination of cash and shares that will result in CPPIB Holdco receiving a stake of 20% in the Enlarged Group upon Completion.

· A transformative acquisition which:

― Opportunities to further strengthen Unite’s product and service proposition, including a more tailored customer offer and enhanced talent and skills

· Total consideration of £1.4 billion on a NAV-for-NAV basis (subject to certain adjustments), comprising cash of £0.8 billion and shares of £0.6 billion

― CPPIB Holdco to receive approximately 72.6 million new Unite shares representing 20% of the Enlarged Group upon Completion (based on a Unite adjusted EPRA NAV per share of 827 pence as at 31 March 2019[1])

― Approximately £240 million to be raised from the net proceeds of a proposed placing of 26.4 million new Unite shares and approximately £310 million to be drawn from Unite’s existing financing facilities and cash resources to part fund the cash consideration

― As part of the transaction, the Unite Student Accommodation Fund will acquire Liberty Living’s properties in Cardiff for cash consideration of £253 million

· Unite will enter into a Relationship Agreement with CPPIB Holdco and Thomas Jackson will join the Board as a Non-Executive Director upon Completion of the Acquisition. CPPIB Holdco have agreed to a 12 month lock-up from the date of Completion

· Completion of the Acquisition is conditional upon CMA clearance

· Completion is anticipated to occur by the end of Q3 2019

“This is a transformative acquisition which brings together the best of two companies with a wealth of expertise and experience in delivering for students and university partners. By combining two highly complementary portfolios, the enlarged group will be well positioned to meet the growing need for affordable, high quality student accommodation in university towns and cities where demand is strong.

This, combined with our best-in-class operating platform, will mean more choice for universities and an enhanced service and welfare offer for students.

Backed by a conservative capital structure, this acquisition accelerates and extends our earnings growth and provides opportunities to further enhance total shareholder returns.”

You can read the full UTG archive by clicking the EPIC code.