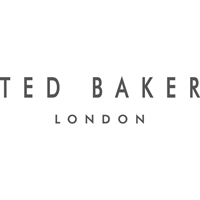 Infinity will drive the long-term expansion of the Ted Baker brand in the region, combining its local expertise, especially within the department store sector, with the proven buying, merchandising and brand-building expertise of Ted Baker.  The Group anticipates the retail licence commencing on 1 October 2019.  Following this appointment, Ted Baker will have 17 Retail Licence Partners across the globe, extending its successful and proven operating model.

• Sojitz Infinity as appointed Japanese Retail Licence Partner will leverage its local market knowledge and expertise to accelerate the long-term growth of Ted Baker in Japan.

• It is expected that the new operating model will have a marginally positive impact on pre-tax profit* from the current financial year and greater benefit in the further years of the licence.

As part of the appointment of Infinity as its Japanese Retail Licence Partner, Ted Baker will transfer certain existing assets relating to its Japanese business (which include existing non-current stock, fixed assets and leases) to Infinity at nil value to support the successful transition of the operations.  As a consequence, Ted Baker anticipates exceptional transaction related costs of approximately £4m; the costs include onerous lease expenses, restructuring charges and deal related costs.  The non-cash charges of c£1m include the transfer of non-current stock and fixed assets.  Current season stock is being transferred on commercial terms.  It is expected that the appointment of the Licence Partner will be accretive to Group pre-tax profit* in the current financial year.  The positive impact of profit will increase during the further years of the contract.

“We are very excited about the next stage of growth for the Ted Baker brand in Japan.  Over recent years, we have invested in introducing Ted Baker to Japanese customers and we are confident that our new Japanese Retail Licence Partner will build on this platform and deliver meaningful long-term growth.

In Sojitz Infinity Inc., we have an extremely capable partner that brings local market expertise to our brand alongside our already well-established design, buying and merchandising skillset.  This combination will drive an acceleration in performance of the business.  We firmly believe that Japan has the long-term potential to be an important market for the Ted Baker brand.

I would like to take this opportunity to thank all my colleagues who have helped establish the brand in Japan.  Following our recently announced Joint Venture in China, including the Hong Kong S.A.R. and Macau S.A.R. territories, this completes the reorganisation of our Asian operations and is another step forward in our strategy to further expand Ted Baker as a truly global lifestyle brand.”

“We are thrilled to have the opportunity to help build and develop Ted Baker in the large and unique Japanese market.  Ted Baker is a brand that we have followed since its arrival in Japan for a long time and believe it has the potential to appeal to more consumers in this market.  Our knowledge and experience in building fashion brands through stores, concessions and online should add value to Ted Baker and we look forward to working together.”

You can read the full TED archive by clicking the EPIC code.