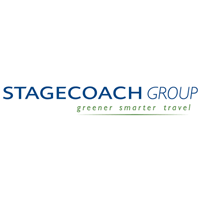 Stagecoach Group plc (LON: SGC) has today announced a number of planned changes to its Board of Directors.

The following changes to the Board of Directors are planned:

• Sir Brian Souter will step down as Chairman on 31 December 2019 and will continue on the Board as a Non-Executive Director from 1 January 2020.

• Deputy Chairman and Senior Independent Director, Will Whitehorn, will support the transition of the chairmanship from Sir Brian Souter to Ray O’Toole. As previously announced, Will Whitehorn will step down from the Board on 30 June 2020. At that point, reflecting the fact an independent Chairman is in place, the role of Deputy Chairman will be discontinued.

• Gregor Alexander, Non-Executive Director, will succeed Will Whitehorn from 1 July 2020 as the Senior Independent Director.

• Dame Ann Gloag and Sir Ewan Brown, both long-serving Non-Executive Directors, will retire from the Board on 31 December 2019.

Commenting on the planned Board changes, Sir Brian Souter said:

“At the age of 65, the time is right for me to step down as Stagecoach Chairman to spend time on my other interests and with my family, including my three young grandchildren.

“My family and I continue to have a significant shareholding in Stagecoach and I have every confidence in the management team, our strategy and the positive prospects of the business. I look forward to continuing to represent the interests of stakeholders as a Non-Executive Director on the Board.”

Following these changes, the Company’s Board of Directors will consist of seven directors:

· One Non-Executive Director who is not considered independent and;

· Two executive directors, the Chief Executive and the Finance Director.

The Chairman and three of the other Non-Executive Directors meet the criteria for director independence set out in the UK Corporate Governance Code and half of the Board, excluding the Chairman, will be independent based on those criteria.

The Board changes and its succession planning also reflect the significant changes over the past two years in the scale of the Group and the markets in which it operates. The Directors are satisfied that moving forward the Board will continue to have a strong governance structure and collective mix of skills and experience that will drive the Company’s continued success.

In addition, the Directors remain firmly committed to promoting diversity within the Board, including in respect of age, gender or educational and professional backgrounds. The Board acknowledges that, immediately following the planned changes, only one of its directors (12.5% of the Board) will be female. Over many years, the Board and our Company more widely has benefitted from highly skilled and experienced female directors and executives. Consistent with our previously set long-term aspiration for female representation on the Board of at least 25%, we will look to address this area as part of Board succession planning.

“The contributions of Sir Brian Souter and Dame Ann Gloag both to the public transport industry and to Stagecoach as co-founders, senior executives and directors cannot be overstated. The insight and wisdom of Sir Ewan Brown over his many years as a director of the Company have also been key in its success. On behalf of the Company, I extend my sincere thanks to all three of them and I look forward to continuing to work with Sir Brian and having access to his insight on the Board.

“I am delighted to have the privilege of succeeding Sir Brian as Chairman of Stagecoach, a company which continues to innovate and lead the sector, and deliver consistently for its customers. Most of my career has been in public transport and I am confident about the prospects for sustainable mass transit and for Stagecoach.”

You can read the full SGC archive by clicking the EPIC code.