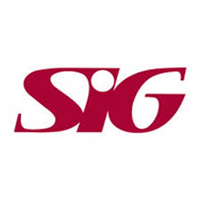 SIG plc (LON:SIG) is a leading supplier of specialist building materials to trade customers across Europe, with strong positions in its core markets as a specialist distributor of insulation and interiors products, a merchant of roofing and exteriors products, and a provider of air handling solutions. The Group today issued a trading update for 1 January to 30 April 2019, in advance of its Annual General Meeting which is being held at 12 noon today at the offices of Herbert Smith Freehills, London.

The Group made further significant operational and financial progress in the first months of the year, reflecting the good momentum brought into 2019 as a result of the margin and cost actions taken in 2018. SIG continues to transform its ways of working, with the move to a more integrated functional operating model within its divisions resulting in further reductions in headcount and operating costs in the first part of this financial year. Pricing initiatives continue to deliver margin improvement, and in SIG Distribution and, to a lesser extent, the German operations, the business remains focused on the transition to a smaller, more profitable base of activity.

As anticipated at the time of the Group’s 2018 results, the Group saw continuing like-for-like1 (“LFL”) sales declines in the first part of the year, with Group like-for-like revenues 2.6% lower. Group revenues from continuing operations were 3.4% lower in the period, including an adverse 1.3% currency movement offset by a 0.5% improvement from more working days.

1: Like-for-like is defined as sales per day in constant currency excluding acquisitions and disposals. Sales are not adjusted for branch closures or openings.

At SIG Distribution, the radical actions taken in 2018 to deliver a step change in performance continue to generate benefits. The business intentionally brought a much lower, though more focused, base of business into 2019 which, coupled with the weak market conditions, resulted in LFL sales down 15.0% in the period. However, this has been more than offset by the margin and cost actions taken over the last twelve months and as a result, the Board continues to expect significantly improved profitability in SIG Distribution in the current year.

SIG Exteriors and the Group’s business in Ireland returned to LFL growth in the period helped by improved sales performance and the better weather conditions in February and March compared with 2018. In the UK & Ireland, including SIG Distribution, LFL revenues were down 9.2%.

LFL revenues across the Group’s businesses in Mainland Europe were up 2.7% in the period, a solid performance against the softer backdrop seen across European construction markets from the end of last year, particularly in France and Germany. Revenues from our French businesses, in particular, performed strongly across most of the period, before a weaker performance in April as a result of a ransomware attack which left the business without access to ordering and accounting systems for a short period of time. Core systems have since been restored to operation.

Revenues in Germany were affected by our ongoing actions to reduce the Group’s exposure to unprofitable business, however this was more than compensated by gross margin improvements and as a result, the business is expecting significantly improved profitability in the year. Poland continues to report strong growth and Air Handling again saw good top-line growth, with LFL revenues up 5.2%, following the successful transition of the air handling businesses in France and the UK into the broader Air Handling division, as announced in March.

The review of strategic options for the Air Handling division announced in March is ongoing and a further update will be provided at the half year. In addition, management continues its review of remaining peripheral businesses within the Group’s portfolio.

Trading conditions remain challenging and the outlook in many of our end markets remains uncertain, notably in the UK. The Board believes it can sustain the pace of transformation during 2019 and, providing there is no further deterioration in market conditions, the Board remains confident, despite any impact of the French ransomware attack noted above, that the underlying profitability for the full year will be delivered in line with management expectations.

You can read the full SIG archive by clicking the EPIC code.