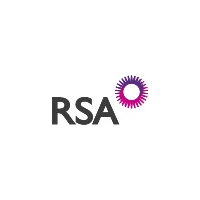 “RSA’s Q1 results are in-line with our demanding plans for the period. While still early in the year, extensive underwriting actions are also on track, responding to 2018’s challenges. We remain focused on delivering positively for customers and shareholders in 2019.”

Insurance market conditions are largely unchanged versus 2018. Market pricing is competitive overall, although it is accommodating underwriting actions in those portfolios responding to industry losses.

Financial markets have produced some headwinds in Q1. The reduction in bond yields and credit spreads, if sustained, has an impact on future investment income and a short term volatility impact on UK pension accounting. Stronger sterling FX rates and a weaker Swedish Krona are a headwind in nominal terms for RSA versus the prior year (impact circa 3% in Q1 at EPS level).

· Group net written premiums of £1,568m were up 3% vs Q1 2018 as reported. On an adjusted basis1, they were broadly flat and in line with our Q1 plans. This takes account of planned exits, FX movements and reinsurance changes

· Our focus in 2019 is to continue improving for customers, to grow our business where underwriting conditions permit, and to re-price and underwrite in those business lines which saw difficult results in 2018, as well as completing the portfolio exits announced

· In Scandinavia, Q1 saw 3%2 premium growth at constant FX driven by our Personal Lines businesses. Volume and rate both contributed. In Commercial Lines, premiums increased by 2%1

· Operating profit for the first quarter was up on Q1 2018 at constant FX and in line on a reported basis, with an improved combined ratio and slightly lower investment income (as forecast)

– Group weather costs were 3.2% of net earned premiums. This was 1.9 points lower than Q1 2018 and in line with the 5 year average. Weather costs were significantly higher than prior year in Canada but lower in the UK & International division

· Investment income was consistent with the range guided in February 2019

· Exit portfolios (expected to run-off proportionately during 2019), generated a modest loss in the period. Additional disclosures will be provided for exit portfolios in 2019.

· Balance sheet unrealised gains were £363m at 30 March 2019, up £113m since year end. The movement was mainly a function of lower bond yields and tightened credit spreads

· The Group’s Solvency II coverage ratio was 164%4 at 31 March 2019 (31 December 2018: 170%). The reduction reflects long-dated sterling bond spread volatility on discounted pension values, as well as FX and bond yield movements. Organic capital generation was positive and above plan. A call notice has been issued for the remaining £39m 9.375% 2039 subordinated debt which will take effect in Q2.

You can read the full RSA archive by clicking the EPIC code.