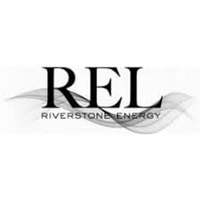 The Company will have an initial focus on Germany and the Netherlands, following the signing of an agreement to acquire a fleet of coal- and biomass-fired power stations from affiliates of ENGIE S.A. The assets to be acquired comprise approximately 2,350 megawatts of gross generation capacity (approximately 2,000 megawatts net) and include two of Europe’s most recently constructed thermal plants, which benefit from high efficiencies, substantial environmental controls, very low emissions profiles and the potential use of sustainable biomass. Riverstone expects the Company to be a critical component in the provision of reliable power generation in Western Europe and to serve as a platform for future opportunities in European power generation.

Riverstone has a strong track record of safely and profitably managing power generation assets, with over 27 gigawatts of capacity owned or developed, spanning every major deregulated power market and generation type. In 2016, Riverstone completed the take-private of Talen Energy and today owns one of the largest independent power producers in the United States. In addition, Riverstone is one of the leading low-carbon developers through its investments in the wind, solar and biomass sectors, resulting in over 14 gigawatts of new renewable energy capacity across North America, South America, Europe and Asia.

“Today’s announcement is a great example of Riverstone’s increased focus on its leading investment platform in global power and electric infrastructure, which has committed over $4.9 billion of equity to the sector,” said Riverstone Co-Founders David Leuschen and Pierre Lapeyre, Jr. “This transaction provides our investing partners with an additional high quality, system critical power generation portfolio, operated by an experienced and talented workforce.”

The investment will be funded with an initial equity commitment from REL, Riverstone Global Energy and Power Fund VI, L.P., and other Riverstone managed vehicles. Further details on REL’s commitment will be provided upon close of the transaction, which is expected to occur later this year following the receipt of regulatory and other approvals.