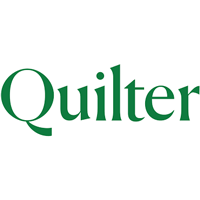 The Boards of Quilter Plc (LON:QLT), Intrinsic and Lighthouse are pleased to announce that they have agreed the terms of a recommended cash offer to be made by Intrinsic for Lighthouse pursuant to which Intrinsic will acquire the entire issued and to be issued ordinary share capital of Lighthouse.

· Under the terms of the Acquisition, Lighthouse Shareholders will receive:

· The Acquisition values the entire issued and to be issued ordinary share capital of Lighthouse at approximately £46.2m (£42.2m adjusted for approximately £4m of excess cash held on Lighthouse’s balance sheet as at 31 December 2018) and represents a premium of approximately:

· 30.4 per cent. to the volume-weighted average price of 25.3 pence per Lighthouse Share for the three-month period ended 2 April 2019 (being the last Business Day prior to this Announcement); and

· 25.6 per cent. to the volume-weighted average price of 26.3 pence per Lighthouse Share for the six-month period ended 2 April 2019 (being the last Business Day prior to this Announcement).

· In addition to the consideration payable in connection with the Acquisition, Lighthouse Shareholders will also be entitled to receive the payment of the 2018 final dividend by Lighthouse of up to 0.5 pence for each Lighthouse Share (the “Pre-Close Dividend”), as announced on 26 February 2019.

· Intrinsic, a wholly owned subsidiary of Quilter, is a network of over 3,500 advisers, including independent financial advisers, mortgage and protection advisers and over 1,600 restricted financial planners. Intrinsic provides ongoing advice to approximately 200,000 customers and is one of the largest restricted advice networks in the UK.

· Lighthouse is an AIM-quoted group of approximately 400 financial advisers providing financial advice to retail and corporate customers across the UK through three principal operating divisions: (i) its national affinity business, which is a market leader for the provision of advice to members of affinity groups, with 23 contractual relationships whose aggregate membership exceeds six million individuals; (ii) its wealth advisory business, working with clients of approximately 40 accountancy and professional connections and higher net worth customers across the South of England; and (iii) appointed representatives servicing customers in their local communities.

· Quilter’s strategy is to be the leading wealth manager across the UK, with face to face advice forming a core priority for the group. Quilter has committed to growing its controlled advice capabilities across its National and Network businesses. Quilter has a high regard for Lighthouse’s business, its management, staff and professional advisers. It appreciates the value it would bring to the group, specifically Lighthouse’s client acquisition and business development expertise and capabilities.

· The Acquisition is expected to be effected by means of a Court-sanctioned scheme of arrangement between Lighthouse and Lighthouse Scheme Shareholders under Part 26 of the Companies Act 2006, although Intrinsic reserves the right to effect the Acquisition by way of a Takeover Offer, subject to the Panel’s consent.

· Intrinsic has received irrevocable undertakings to vote in favour (or procure a vote in favour) of the Scheme at the Court Meeting and the Resolutions to be proposed at the General Meeting from those Lighthouse Directors who hold Lighthouse Shares in respect of their own beneficial shareholdings, totalling 4,539,063 Lighthouse Shares representing approximately 3.55 per cent. of the issued ordinary share capital of Lighthouse as at 2 April 2019, being the last Business Day before the date of this Announcement. Further details are set out in Appendix 3 to this Announcement.

· Intrinsic has therefore received irrevocable undertakings to vote in favour (or procure a vote in favour) of the Scheme at the Court Meeting and the Resolutions to be proposed at the General Meeting in respect of 55,506,026 Lighthouse Shares representing approximately 43.5 per cent. of the issued ordinary share capital of Lighthouse as at 2 April 2019, being the last Business Day before the date of this Announcement.

· The Acquisition is subject to, among other things, approvals of the relevant Lighthouse Shareholders, the sanction of the Scheme by the Court and the receipt of FCA and certain antitrust approvals. The Acquisition is also subject to the other terms and Conditions set out in Appendix 1 to this Announcement, and to the full terms and conditions to be set out in the Scheme Document.

· The Scheme Document will include full details of the Scheme, together with notices of the Court Meeting and the General Meeting and the expected timetable, and will specify the actions to be taken by the Lighthouse Shareholders. The Scheme Document will be posted to Lighthouse Shareholders as soon as practicable and, in any event, within 28 days of this Announcement (unless Intrinsic and Lighthouse otherwise agree, and the Panel consents, to a later date).

· The Acquisition is expected to complete during the second quarter of 2019, subject to the satisfaction (or, where applicable, waiver) of the Conditions set out in Appendix 1 to this Announcement.

Comments on the Acquisition

“At Quilter, our focus is on delivering good client outcomes and that always starts with advice. We are delighted to have agreed a recommended cash offer for Lighthouse and look forward to their advisers joining the Quilter family. As the advice market consolidates, the strategic acquisition of Lighthouse will help secure Quilter’s position as the place to go for trusted financial advice in the UK.”

“Intrinsic and Lighthouse are highly compatible businesses with similar experiences, complementary structures and a shared focus on delivering good customer outcomes. The acquisition presents an opportunity to combine the expertise and capabilities of both businesses to accelerate our ability to provide customers with quality controlled financial advice. I look forward to working with Lighthouse’s staff and advisers.”

Commenting on the Acquisition, Richard Last, Chairman of Lighthouse, said:

“We have continued to make good financial and strategic progress in recent years despite softening market conditions and a tougher regulatory backdrop. However, the Board believes that Lighthouse will benefit significantly from becoming part of Intrinsic and the wider Quilter group and will be better positioned to deliver an enhanced customer proposition and offer increased opportunities to current staff and advisers that will be available within a larger group. Furthermore, the Acquisition provides Lighthouse Shareholders with the opportunity to realise their investment in full and in cash at an attractive premium to the levels at which the share price has traded in recent months. The Board of Lighthouse is therefore unanimously recommending Lighthouse Shareholders to vote in favour of the Acquisition.”

You can read the full QLT archive by clicking the EPIC code.