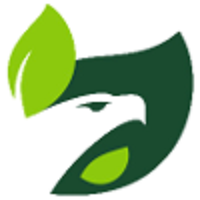 Predator Oil & Gas Holdings Plc (LON: PRD), the Jersey-based Oil and Gas Company, with a portfolio of attractive upstream gas assets adjacent to European gas infrastructure entry points, has today announced that an application for an exclusive licence for hydrocarbon exploration and appraisal onshore northern Morocco has been accepted by the Office National des Hydrocarbures et des Mines acting on behalf of the State.

The formal award of the exclusive licence is subject to the provision by Predator of a Bank Guarantee prior to a formal Signing Ceremony.

The licence will be for 8 years, split into 3 phases with an Initial Period of 30 months followed by First and Second Extension Periods of 36 and 30 months’ duration respectively.

· Exclusive licence for exploration covering an area of 7,269km² and comprising the Guercif Permits I, II, III and IV, lying east of the producing gas fields of the Gharb Basin and northwest of the Tendrara gas project.

· Predator will be operator through its wholly-owned subsidiary Predator Gas Ventures Ltd with 75% equity interest and ONHYM 25%. ONHYM has the right to “back-in” for up to and including 25% equity in the event of a hydrocarbon development by paying its share of forward costs

· The work programme for the Initial Period will include 250 kilometres of reprocessing of existing seismic data and the drilling of one well to a minimum depth of 2,000 meters to test a large seismic anomaly interpreted as being indicative of the presence of shallow Tertiary gas, similar to the producing Gharb Basin.

· The initial target for gas lies just 9 kilometres north of the Maghreb – Europe gas pipeline, which has spare capacity in the event of a major gas discovery, which is the desired objective of Predator’s exploration planning

The Company will provide further updates on progress in Morocco as activities ramp up.

“Predator management selected Guercif based on its 12 years’ experience of exploring and financing Moroccan opportunities. It represents an asset that will fit very well with the Company’s strategy of developing gas opportunities adjacent to infrastructure, where the geological and commercial risks can be shown to be low. Guercif represents a high impact, low cost, near-term drilling opportunity in a sophisticated and stable business and operating environment that is well understood by management. We are excited by this opportunity and by the potential for cash flow from Trinidad C02 EOR operations through 2019, which can underpin our plans to become a significant gas player connected to the European gas market.”

You can read the full PRD archive by clicking the EPIC code.