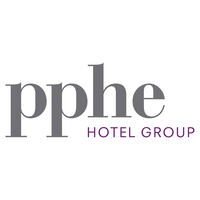 1 The like-for-like comparison for 2019 excludes the influence of IFRS 16, which was issued in January 2016 and applies to annual reporting periods beginning on or after 1 January 2019. Furthermore, the like-for-like figures for 30 June 2018 exclude the operations of Park Plaza Vondelpark, Amsterdam from January to March 2018, and exclude the operations of art’otel dresden during H1 2018 (the lease of which was terminated on 31 July 2018).

3 Earnings for the year, adjusted to remove any unusual or one-off influences, divided by the weighted average number of ordinary shares outstanding during the year.

· Successful reopening of Holmes Hotel London, which received a £9.0 million investment to reposition the property

· Good progress also made with repositioning projects at Park Plaza Vondelpark, Amsterdam and Park Plaza Utrecht with soft openings at both properties

· Site works progressing at the Group’s 100% owned art’otel london hoxton, with improved planning consent. Works are also underway at art’otel london battersea power station, which will be managed by the Group on completion of the construction

· Entry into the United States for our 100% owned art’otel brand with a joint venture agreement to develop a prime site located in Manhattan, New York

· Inclusion in the FTSE 250 and FTSE All Share indices

The second half of the year is usually the stronger trading period in all of PPHE’s markets. While in 2019 Croatia is experiencing competitive market conditions, London and the Netherlands continue to trade well. Overall, trading since 30 June 2019 is in line with expectations.

“We are pleased to report a good first half performance, with continued revenue growth and Group like-for-like EBITDA up 5.7%. This reflects an increase in all of our key operating metrics, with good growth in occupancy and average room rate both contributing to strong RevPAR growth, as well as to the strength of our portfolio. This performance has been driven by a solid operating performance from our UK hotel portfolio.

Our real estate investment programme has progressed well, and we are delighted with the completion of several significant repositioning projects which have transformed our portfolio. Going into the second half of the year, all of our hotels are now fully operational.

We remain committed to delivering future growth. Our current pipeline is strong, and the Group expects to spend approximately £300 million on exciting developments such as art’otel london hoxton. We also remain open to asset acquisitions to broaden our portfolio and deliver our target returns on investment.

PPHE’s proven development strategy is to target real estate in prime locations and attractive geographies where we believe there is significant upside potential to drive growth and long-term value through both the property portfolio and operations. The recent independent valuations of our properties represent an EPRA NAV per share of £25.52, up 3.9% from 31 December 2018.

We continue to expect PPHE’s full year performance to be in line with previous expectations.”

You can read the full PPH archive by clicking the EPIC code.