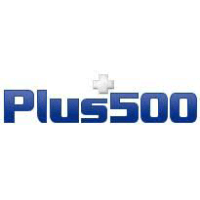 Plus500 Ltd Half Year Trading Update

Plus500 Ltd (LON:PLUS), a leading online service provider for trading CFDs internationally, today issued the following trading update at the end of the second quarter of its 2019 financial year.

The Company is pleased with the overall performance, and continues to perform in line with current expectations.

Of note, there were signs of reduced levels of marketing across the Company’s peer group which, along with continued strong and focused marketing investment by Plus500, led to an increase in the rate of new customer recruitment and a reduction in the average cost of acquisition.

Further details of the Company’s operational and financial performance will be provided in its half year results for the six months ended 30 June 2019, to be issued in August 2019.

*The revenue figures above are unaudited numbers

You can read the full PLUS archive by clicking the EPIC code.

Plus500 encouraged by second half momentum

Plus500 Ltd A year of record numbers and performance