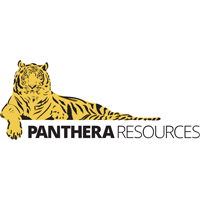 Panthera Resources plc (LON: PAT), the gold exploration and development company with assets in India and West Africa, has announced that the Government of Rajasthan has finally filed its reply to the Writ petition filed by Metal Mines India Pvt. Ltd on behalf of the Bhukia Joint Venture. Additionally, Panthera has received the final tranche of its recently announced £500,000 financing from Republic Investment Management.

· The GoR has finally filed its reply to the Bhukia JV’s Writ Petition that was lodged in September 2018 bringing another government delay to an end.

· The GoR’s reply raised no new matters and again relies on three weak arguments that have been repeatedly raised and previously rebuffed by multiple tribunals, committees and courts of India.

· Panthera will now prepare a rejoinder to the reply, which we anticipate will be lodged later this week, following which the matter will be up for final hearing and issuance of a judgement.

· While we are optimistic of a near term date for a final hearing, the current overloaded state of the Rajasthan High Court (Court) necessitates caution in setting expectations regarding a final resolution date.

· In other positive news, Panthera has received the final £100,000 of the recently announced £500,000 financing which was negotiated with Republic Investment Management (RIM) and priced at £0.10 per share.

“We welcome the response from the GoR even though they are putting forward redundant, previously rebuffed arguments, as it finally allows the Company to file for a final hearing and bring this matter to a conclusion. With the way now clear for a final resolution to the permitting of the Bhukia project we are optimistic that exploration will soon recommence, and the 6.7 million ounces gold resource calculated by the Geological Survey of India (GSI) can be drill-confirmed and brought into alignment with the requirements for JORC and 43-101 compliance. The completion of the RIM financing will assist in maintaining a prudent balance sheet. “

The GoR has filed its long overdue reply to the Writ Petition filed with the Court by our JV partner, MMI. It is a disturbing fact that the reply took over a year from the filing of the writ petition and almost six months after the Court ordered the response to be submitted within four weeks. The GoR has now also filed an application to vacate the prevailing Stay Order, passed in the JV’s favour, preventing the GoR from dealing with the area covered by our Prospecting License (PL) application. This Stay Order was granted by the Court to specifically protect the JV’s rights until the matter was resolved, and the Company following legal advice see no reason why it would not remain until such time.

Not surprisingly, after 11 years of ongoing delays, no fresh arguments have been introduced by the GoR in its reply. It simply reiterates the same three points made many times previously. These are:

1.Metal Mining India Pvt Ltd (MMI) did not qualify under Section 10A(2)(b) of the Mining Act amended in January 2015.

Panthera Comment: Section 10A(2)(b) provided an exception to the rule requiring all resources to be granted via an auction process and protected the rights of those who had carried out reconnaissance work prior to the 2015 amendment. This argument by the GoR has absolutely no basis, as the Directorate of Mines and Geology, Rajasthan, (DMG); Mines Department, Government of India; and the Joint Committee comprising of the DMG, Indian Bureau of Mines (IBM) and the GSI have all found that our PL application satisfied all conditions necessary to be saved under Section 10A(2)(b).

Panthera Comment: This argument is again baseless as the area in question was declared free by the GoR’s own notifications prior to the execution of the RP in favour of MMI.

Panthera Resources Comment: This argument is again baseless, as is laid out with absolute clarity in the Indian Companies Act of 2013, by simply changing the name of a company or the structure of a company, the identity of a company does not change. The GoR was informed of the change in the name of MMI and there is long history of communication from the GoR acknowledging this change. Thus, this argument too lacks substance.

Panthera is now in the process of preparing a detailed rejoinder to the reply, which will again counter the points raised by the GoR. Once the rejoinder is filed in court, all pleadings will be complete and on record. The Writ Petition can then be put up for final hearing and issuance of judgement.

Further to the announcement of 23 October 2019, the final £100,000 tranche of the recently announced £500,000 financing has been received. Application will be made to the London Stock Exchange for 1,300,000 new Ordinary Shares to be admitted to trading on the AIM market with admission expected to occur on or around 18 November 2019 (Admission). This includes the settlement of £30,000 (300,000 new Ordinary Shares) previously received from RIM which the Company were waiting to settle pending receipt of the full £130,000 split tranche amount.

The £500,000 financing was priced at £0.10 per share and was made possible by the renegotiation of Tranche 3 of the 3-stage financing agreement between RIM and Panthera.

The remaining £1,000,000 of the Tranche 3 RIM financing, combined with the US$750,000 committed through the Galaxy Gold transaction, will provide approximately A$2.6m (US$1.8m) at the appropriate time to begin drilling out Bhukia’s 6.7Moz exploration target as defined by the GSI.

For the purposes of the Financial Conduct Authority’s Disclosure and Transparency Rules (“DTRs”), the issued Ordinary Share capital of Panthera following Admission will consist of 75,210,751 Ordinary Shares with voting rights attached (one vote per share). There are no shares held in treasury. This total voting rights figure may be used by shareholders as the denominator for the calculation by which they will determine whether they are required to notify their interest in, or a change to their interest in, Panthera under the DTRs.

You can read the full PAT archive by clicking the EPIC code.