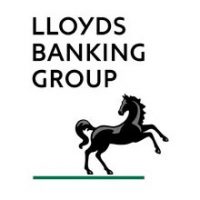 Lloyds Banking Group (LON:LLOY) has announced that its Chief Operating Officer, Juan Colombás, plans to retire from the Group in July 2020.

Juan joined in 2011 as the Group’s Chief Risk Officer. He played a critical role in helping the Group determine its strategy in the wake of the financial crisis and, in particular, the restructuring of its balance sheet to ensure it would move forward with secure foundations. Juan joined the Board in 2013.

Since 2017 Juan has taken the role of Chief Operating Officer overseeing the execution of the Group’s digital strategy and its £3 billion investment in transforming its operations, technology and processes.

During his time at Lloyds, Juan has brought deep wisdom and his extensive experience to the task of restoring the Group’s fortunes, repaying taxpayers’ investment and setting the Group on a path which allows it to make a substantial contribution to Helping Britain Prosper.

Succession plans for his current executive responsibilities will be announced in due course.

António Horta-Osório, Group Chief Executive, said “Juan has made a very substantial contribution to helping to turn Lloyds Banking Group around. His work in Risk was outstanding and led to his invitation to join the Board. Throughout the Group, and externally too, Juan is respected for his exceptional judgement and insight. Juan has made a tremendous impact on the Group and we shall be sorry to see him go.”

You can read the full LLOY archive by clicking the EPIC code.