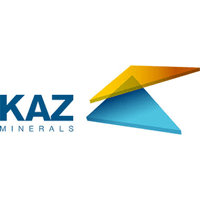 · Revenues increase by 12% to $2,162 million compared to Gross Revenues of $1,938 million in 2017, supported by increased copper production1 and improved copper prices

– Increase in net cash cost position compared to 2017 mainly due to higher volumes from Aktogay, where by-product output is minimal

– 2019 copper production1 expected to be in the region of 300 kt, as continued growth at Bozshakol and Aktogay offsets lower forecast output from East Region

NEAR AND LONG TERM GROWTH IN COPPER

· The Group has established a pipeline of value-accretive growth projects

– Completed acquisition of the Baimskaya licence area in January 2019, one of the top ten largest undeveloped copper resources in the world, for $900 million in cash and shares

Andrew Southam, Chief Executive Officer, said: “KAZ Minerals increased copper production by 14% and delivered a net cash cost of just 85 USc/lb in 2018, maintaining the Group’s position in the first quartile of the industry cash cost curve. We also progressed our high growth strategy, commencing work on the expansion of Aktogay and securing a new world class project through the acquisition of Baimskaya in Russia. Our proven asset base is generating strong cash flows, enabling the Group to invest in significant growth in copper production in both the near and long term, through value-accretive greenfield and brownfield projects. Over this period, the outlook for the copper price remains positive as supply from existing mines is set to decline, whilst demand from both traditional and new markets is forecast to continue to grow.”

You can read the full KAZ archive by clicking the EPIC code.