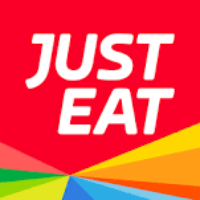 Just Eat (LON:JE) and Takeaway.com announced that the Scheme Document is being sent, or made available, to Just Eat Shareholders today. The Scheme Document sets out, amongst other things, a letter from the Chairman of Just Eat, the full terms and conditions of the Scheme, an explanatory statement, notices of the required meetings, an expected timetable of principal events and details of the action to be taken by Just Eat Shareholders.

Just Eat also notes that a prospectus in connection with (i) the admission to the premium listing segment of the UK Official List and to trading on the London Stock Exchange’s main market for listed securities of all of Takeaway.com’s issued and to be issued shares as well as (ii) the listing of the New Takeaway.com Shares to be issued in connection with the Combination on Euronext Amsterdam (together, the “Admission“) is published today on Takeaway.com’s website at https://corporate.takeaway.com/transaction/just-eat-takeawaycom/. The prospectus has been approved by the Netherlands Authority for the Financial Markets (the “AFM“) and has been passported into the UK following notification by the AFM to the Financial Conduct Authority of its approval.

As described in the Scheme Document, the Scheme will also require the approval of Just Eat Shareholders at the Court Meeting and the passing of a special resolution at the Just Eat General Meeting, and then the sanction of the Court.

The Court Meeting and the Just Eat General Meeting to approve the Scheme (and the steps contemplated by the Scheme) are scheduled to be held at 3.00 p.m. and 3.15 p.m. respectively on 4 December 2019 at the offices of Linklaters LLP at One Silk Street, London EC2Y 8HQ.

Subject to approval at the Court Meeting and the Just Eat General Meeting, Court sanction and the satisfaction or waiver of the other Conditions set out in the Scheme Document (other than those Conditions which relate to Admission), the Scheme is expected to become effective on or around 1 January 2020.

The expected timetable of principal events is set out below.

The following dates and times associated with the Scheme are indicative only and are subject to change.

1 The dates and times given are indicative only and are based on current expectations and are subject to change (including as a result of changes to the regulatory timetable). Any change to the expected timetable will be announced by Just Eat and/or Takeaway.com as required.

References to times are to London, United Kingdom time unless otherwise stated. If any of the times and/or dates above change, the revised times and/or dates will be notified by announcement through a Regulatory Information Service.

3 The YELLOW Form of Proxy for the Just Eat General Meeting must be lodged with Equiniti by no later than 3.15 p.m. on 2 December 2019 in order for it to be valid, or, if the Just Eat General Meeting is adjourned, no later than 48 hours (excluding any part of a day that is not a business day) before the time fixed for the holding of the adjourned meeting. If the YELLOW Form of Proxy is not returned by such time, it will be invalid.

5 To commence at the time fixed or, if later, immediately after the conclusion or adjournment of the Court Meeting.

6 The Court Sanction Hearing is expected to take place on 13 December 2019, subject to the satisfaction (or, where applicable, waiver) of the Conditions in paragraphs 2(A), 2(B), 3 and 4 of Part III of the Scheme Document. The events which are stated as occurring on subsequent dates are conditional on the Court Sanction Hearing having taken place and operate by reference to this date.

7 The Scheme Court Order approving the Scheme is expected to be delivered to the Registrar of Companies following the suspension of trading in Just Eat Shares, and the Scheme Record Time on 30 December 2019, such that the Effective Date is then expected to be 1 January 2020. The events which are stated as occurring on subsequent dates are conditional on the Effective Date and operate by reference to this date.

9 This is the latest date by which the Scheme may become Effective. However, the Longstop Date may be extended to such later date as may be agreed in writing by Takeaway.com and Just Eat (with the Panel’s consent and as the Court may approve (if required)).

The Scheme Document will be available on the Just Eat’s website at www.justeatplc.com for the period up to and including the date on which the Combination ends.

For information purposes only, the Scheme Document will also be sent, or made available, to holders of options over Just Eat shares and persons with information rights.

A copy of the Scheme Document and the Just Eat Takeaway.com Prospectus will also be submitted to the National Storage Mechanism, where they will be available for inspection at www.morningstar.co.uk/uk/NSM.

Defined terms used but not defined in this announcement have the meanings set out in the Scheme Document.

You can read the full JE archive by clicking the EPIC code.