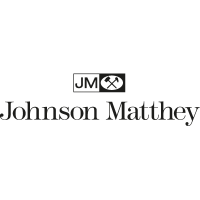 The board of Johnson Matthey Plc (LON:JMAT) today announced the appointment of Doug Webb as a Non-Executive Director of the company. He will join the board with effect from 2nd September 2019 and chair the Audit Committee from July 2020.

· John O’Higgins has been appointed as the Senior Independent Director from July 2020.

Doug has a background in corporate financial management and brings recent and relevant financial experience to the board, along with a deep understanding of technology and engineering sectors. He has strong board experience, having served as a Chief Financial Officer of three listed companies and currently serves as a Non-Executive Director at SEGRO plc, a leading owner, manager and developer of industrial property, where he recently chaired the Audit Committee for nine years until April 2019. He will serve on Johnson Matthey’s Audit, Remuneration and Nomination committees.

Doug was most recently Chief Financial Officer at Meggitt plc, a specialist engineering group serving the aerospace, defence and energy markets, a position he held from 2013 to 2018. Prior to this he held the position of Chief Financial Officer at London Stock Exchange Group plc from 2008 to 2012 and QinetiQ Group plc, a leading science and engineering company, from 2005 to 2008. Before that he held senior finance roles at Logica plc, the IT service provider, including Finance Director Continental Europe and Chief Financial Officer North America. Doug began his career at Price Waterhouse within its audit and businesses advisory team. He is a Fellow of the Institute of Chartered Accountants in England and Wales.

In addition to his directorship at SEGRO plc, Doug is also a Non-Executive Director of BMT Group Ltd, a privately held international engineering services group.

From the end of the Company’s 2020 Annual General Meeting (2020 AGM), Doug will chair Johnson Matthey’s Audit Committee, when Alan Ferguson will step down from the board. Alan was first appointed to Johnson Matthey’s board in January 2011 and the board has agreed to extend his appointment from January 2020, when his third three year term ends, to the end of the 2020 AGM in July. Following a rigorous review, the board determined that Alan remains independent.

The board also announces the appointment of John O’Higgins, Non-Executive Director, as Senior Independent Director with effect from the end of the 2020 AGM. John joined the board in November 2017.

Speaking on these board changes Patrick Thomas, Chairman of Johnson Matthey said:

“I look forward to welcoming Doug to our board and benefiting from his perspectives on our science and technology, in addition to his strong finance experience.

Although he will still be with us for just over another year, the board would like to express its gratitude to Alan for his significant contributions, including as Chairman of the Audit Committee and Senior Independent Director. He has and continues to provide invaluable support to JM.”

You can read the full JMAT archive by clicking the EPIC code.