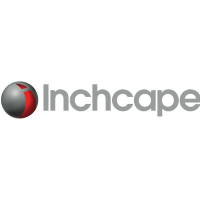 Inchcape plc (LON: INCH), the leading independent multi-brand Automotive Distributor with global scale, today announced that it has agreed to sell three Retail sites in Australia to Sime Darby Motors. This disposal follows the sale of three sites announced in May and July 2019 to other parties. The transaction is expected to complete in Q4 and is conditional upon final OEM partner approvals and regulatory approval.

Today’s announcement is consistent with the Group’s focus on core Distribution capabilities, which has been enabled by the Ignite strategy, and on the disciplined utilisation of capital. These disposals will streamline the Australasia business around the Distribution activities of Subaru and Peugeot Citroen, including the retail sites related to these brands, and our retail-only operations outside these two contracts will be meaningfully reduced. The Australasia market remains highly attractive and Inchcape continues to see long-term potential for growth through our Distribution contracts.

The three sites that have been sold to Sime Darby represent a mix of brands (VW, BMW, MINI and JLR) and have historically operated under the Trivett banner. We will receive cash proceeds of £63m for these sites and they have generated £79m of revenue year to date.

The six retail site disposals in Australia will generate a cash inflow of £76m1 and are expected to give rise to a small cumulative gain on disposal. Following these transactions, we will also embark on a reorganisation of the Australasian business around Distribution which we expect to incur exceptional costs in the region of c.£5m – £8m over the second half of 2019.

In totality, our Australian retail-only business contributed £0.3m to trading profit in H1 19. The impact of the disposals announced today on 2019 trading profit is expected to be immaterial.

“This transaction is another demonstration of strategic progress under Ignite and the focus on our core Distribution activities which generate 90% of our Group trading profit. Today’s announcement demonstrates the disciplined utilisation of capital towards this high returning and capital light part of the market where I continue to see both organic and inorganic opportunities for Inchcape. In line with the Ignite strategy and our commitment to be the OEM partner of choice, Inchcape has completed 10 Distribution deals since 2016. I would like to thank our teams for their professionalism and commitment to remaining focused on delivering our objectives during this transitional period.”