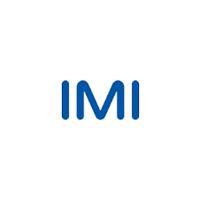 Article by: Charlotte Edwards 9th May 2019

Excluding the impact of acquisitions and exchange rate movements, organic revenues for the three months to the end of March were 2% lower when compared to the same period last year. On an adjusted basis, revenues were 1% higher, reflecting a modest exchange rate tailwind and the benefit of the Bimba acquisition.

In the first half of 2019 we still expect organic revenues to be lower than the same period in 2018 due to the phasing of Critical Engineering’s order book and slowing market demand in the Industrial Automation sector in Precision Engineering. Margins are expected to be broadly similar supported by our operational initiatives and an improved performance from Hydronic Engineering.

As previously announced, Roy Twite assumes the role of Chief Executive at the close of the Annual General Meeting today. With our strategic review underway, it is already clear that the considerable improvements made in our operations, our infrastructure and our product offering over the last five years allow IMI now to place increasing emphasis on the value that our customers, shareholders and wider stakeholders will derive from those efforts.

IMI Critical Engineering
Prospects across some of our major markets continue to be varied, with continuing structural uncertainty in Fossil Power being offset by opportunities in Oil & Gas, Petrochemical and Marine. Order intake in the first quarter of 2019 was strong and included an 11% increase in Aftermarket bookings.

As expected, Critical Engineering organic revenues in the three months to the end of March were 12% lower, and on an adjusted basis were 11% lower, than the same period last year.

Based on current order book phasing we expect first half organic revenues and profits to be lower when compared to 2018. Results for the full year are expected to reflect the benefits resulting from ongoing restructuring and comparably stronger Aftermarket sales when compared to the prior year.

IMI Precision Engineering
Precision Engineering organic revenues in the three months to the end of March were 1% higher than the same period in 2018 and, including the impact of currency movements and the Bimba acquisition, 7% higher on an adjusted basis.

In the three months to the end of March, Industrial Automation revenue was 3% lower than the same period in 2018. Commercial Vehicle related sales increased 4% with solid growth in North America and Asia offsetting a 2% decline in Europe. Sales in Energy, Life Sciences and Rail were all ahead of the same period last year.

Based on the Global Industrial outlook, including external business confidence surveys, we now expect organic revenues and margins in both the first half and full year to be slightly lower than the comparable periods in 2018.

The actions taken to improve the performance of the business have been well executed and as a result the division is increasingly capable of delivering improved returns and ultimately a return to sustainable growth.

Based on current market conditions organic revenue is expected to grow in the first half of 2019 with margins improved when compared to the first half of last year. Results for the full year are expected to reflect the benefits of our business improvement initiatives and our normal second half bias.

Brexit
As previously announced, we have a broad international manufacturing footprint and less than 5% of sales in the UK. Nonetheless, the Group has developed a number of Brexit related contingency plans, including a programme of building long lead-time inventories to support customers in the event of increased border controls or delays in getting clearance to and from the UK.

Exchange rates
The 2019 full year financial results will be impacted by the relative strength of Sterling against the Euro and the US Dollar. At 2019 first quarter average rates, this would give rise to an exchange rate headwind of around 1% to both revenues and profits in the full year.

You can read the full IMI archive by clicking the EPIC code.