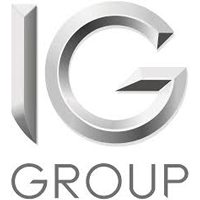 IG Group Holdings plc (LON: IGG), a global leader in online trading, confirmed today that, as previously announced, Andy Green will step down as Chairman at the conclusion of the Company’s AGM on 19 September 2019.

The search for a new Chairman to lead the Board is at an advanced stage. A preferred candidate has been identified and the appointment is subject to securing relevant regulatory approvals. Whilst the appointment process continues, Jonathan Moulds, an existing Non-Executive Director and Chairman of the Board Risk Committee, will be appointed as Interim Chairman immediately following the AGM.

Additionally, the Board has agreed to appoint Malcolm Le May as Chairman of the Nomination Committee immediately following the AGM. As announced on 15 April 2019, Malcolm is leading the search for our new Chairman.

The Board has continued its search for additional Non-Executive Directors to bring fresh perspective to Board discussions and complement the skill sets of the current Board. As such, IG is pleased to announce that, following receipt of relevant regulatory approvals, the Board has today agreed to appoint Andrew Didham as an additional Non-Executive Director of the Company. Andrew’s appointment will also take effect at the Board meeting immediately following the AGM. Andrew will then seek election by shareholders at the AGM in September 2020.

On appointment, Andrew will join the IG Group Board Audit Committee.

Commenting on the search for the new Chairman and the interim appointment of Jonathan Moulds, IG Group Holdings Senior Independent Director Malcolm Le May said:

“Following an extensive, externally facilitated process we are at an advanced stage of our search for a new Chairman to lead the Board. Whilst we finalise the appointment, my thanks go to Jonathan Moulds for agreeing to take the role on an interim basis.”

“I am also delighted to welcome Andrew Didham to the Board. He is a highly experienced Non-Executive Director with significant financial services experience and will complement the range of skills of existing Board members, especially as a member of the Audit Committee.”

Jonathan has held a number of senior leadership roles at major financial institutions spanning the UK, US and Asia. He has a strong financial markets background most recently at Barclays plc, where he was the Group Chief Operating Officer until 2016.

Prior to Barclays, Jonathan had a 20-year career with Bank of America and was Chief Executive Officer of Merrill Lynch International following the merger of the two institutions in 2008 with responsibility for Bank of America’s European businesses. He was a member of Bank of America’s Global Operating Committee. Jonathan has served widely on key industry associations including as Chairman of the International Swaps and Derivatives Association (ISDA) from 2004 until 2008, and as a director of the Association for Financial Markets in Europe (AFME). He remains a member of AFME’s Advisory Board. Jonathan was a member of the Capital Markets Senior Practitioners of the UK Financial Services Authority, and the Global Financial Markets Association.

During his tenure as Interim Chairman, Jonathan will receive a pro rata annual remuneration of £300,000. During this period, he will no longer be entitled to the £25k fee for chairing the Board Risk Committee or the non-executive director base fee of £65k, or Committee membership fees of £3k per Committee.

From 2017 to 2019 Andrew served as Non-Executive Director and Chairman of the Audit and Risk Committees of Jardine Lloyd Thompson Group PLC.

A partner of KPMG from 1990 to 1997, Andrew is a Fellow of the Institute of Chartered Accountants in England and Wales. Upon leaving KPMG, Andrew served as Group Finance Director of the worldwide Rothschild group for 16 years from 1997 to 2012. From 2012 he has served as an Executive Vice Chairman in the Rothschild group.

You can read the full IGG archive by clicking the EPIC code.