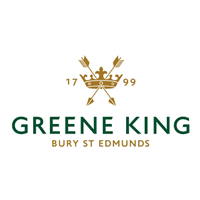 At its AGM today, Greene King plc (LON:GNK) will make the following trading statement for the 18 weeks to 1 September 2019.

Like-for-like (LFL) sales in Pub Company grew 1.5% over the last seven weeks1 and, on a two year basis, were up 2.4%, demonstrating the continued momentum in Pub Company as a result of our ongoing focus on improving value, service and quality. LFL sales were down 1.8% for the first 18 weeks, reflecting the tough comparatives of last year’s successful World Cup and good weather. On a two year basis, LFL sales for the first 18 weeks were up 1.0%.

On 19 August 2019, Greene King announced a recommended cash acquisition for the company by CK Noble (UK) Limited. Under the terms of the acquisition, each Greene King shareholder will be entitled to receive 850 pence in cash.

·     Greene King was founded in 1799 and is headquartered in Bury St. Edmunds, Suffolk. It currently employs around 38,000 people across its main trading divisions; Pub Company, Pub Partners and Brewing & Brands

·     As at 28 April 2019, Greene King operated 2,730 pubs, restaurants and hotels across England, Wales and Scotland, of which 1,687 were retail pubs, restaurants and hotels, and 1,043 were tenanted, leased and franchised pubs. Its leading retail brands are Greene King Local Pubs, Chef & Brewer, Farmhouse Inns and Hungry Horse. 81% of the estate is either freehold or long leasehold

You can read the full GNK archive by clicking the EPIC code.