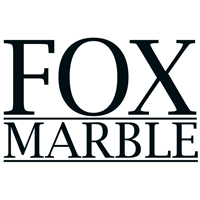 Fox Marble Holdings (LON: FOX), the AIM listed company focused on marble quarrying and finishing in Kosovo and the Balkans region has today announced the appointment of Don Nicolson to the role of Senior Advisor with immediate effect. He will provide advice on strategy, business planning and performance improvement. It is intended that Don will join the board of Fox Marble Holdings Plc as Vice Chairman and Non-Executive Director in due course providing increased capacity and capability to the business.

Don is a senior business leader with over 35 years’ experience in the extractive industries (oil, gas, mining and natural stone). He has held multiple Board and senior executive roles both in the UK and internationally. This included 26 years with BP where he ran oil and gas businesses in the UK, United States and Canada. Some of his key roles included being Director North Sea, Chief of Staff to BP CEO (E&P) and VP BP Alaska. He also has significant Board level experience in mining, both in the UK and South Africa including CEO and Executive Vice Chairman roles.

One of Don’s most recent roles was that of Chairman, and interim CEO of Levantina -The Natural Stone Company, headquartered in Spain. Levantina is a world leader in the quarrying, processing and marketing of natural stone. It is one of the largest companies in the sector, operates several quarries including El Coto, believed to be the largest Crema Marfil quarry in the world. The company distributes and markets natural stone products to multiple countries around the globe.

“We are very pleased to secure Don’s services for Fox Marble and look forward to benefitting from Don’s wide-ranging international Board and Executive skills, and in particular his Natural Stone industry experience and connections which will be of enormous relevance as we continue to grow the core business in addition to focusing on winning the recently announced €195 million law suit against the government of Kosovo in the relevant arbitration court in London.”