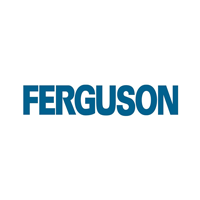 Ferguson plc Instructs J.P. Morgan to purchase and sell up to US $419.8m shares

Ferguson plc (LON: FERG) announced today that, in continuation of the share repurchase programme announced by the Company on 11 June 2019, it has instructed its broker J.P. Morgan Securities plc to purchase shares (acting as riskless principal) for immediate on-sale to the Company up to the value of US$419.8 million in aggregate, commencing from 8 July 2019. The value of shares repurchased by the Company under the Programme pursuant to its arrangements with both Barclays and JPMS plc will not, in aggregate, exceed US$500 million.

As announced on 11 June 2019, the Company’s shareholders generally authorised the Company to purchase up to a maximum of 23,185,045 of its ordinary shares on 25 April 2019 (which authority was granted on the same terms as the corresponding authority granted by shareholders at the 2018 Annual General Meeting held on 29 November 2018). Pursuant to such authority, the Company intends to continue purchasing shares until the conclusion of its Annual General Meeting expected to be held in November 2019. The Company anticipates that it will request a similar general authority from shareholders at the 2019 AGM and confirms that the Programme will end no later than 10 June 2020. The aggregate number of shares acquired by the Company pursuant to the Programme shall not exceed the maximum number of shares which the Company is authorised to purchase pursuant to such general authorities. As announced on 11 June 2019, it is intended that any shares repurchased under the Programme will be transferred into Treasury.

The purpose of the Programme is to reduce the capital of Ferguson plc. To the extent required, Ferguson plc may in future use the repurchased shares to satisfy employee share options. Any purchases of shares by the Company in relation to the Programme will be carried out on the London Stock Exchange and in accordance with (and subject to the limits prescribed by) the Company’s general authority to repurchase shares granted by its shareholders, the Market Abuse Regulation 596/2014, the Commission Delegated Regulation (EU) 2016/1052 and Chapter 12 of the Financial Conduct Authority’s Listing Rules.

© 2020 - DirectorsTalk Interviews. All rights reserved. Reproduction in whole or in part, in any form or medium without express written permission is prohibited.
<script type='text/javascript' src='//www.directorstalkintervie