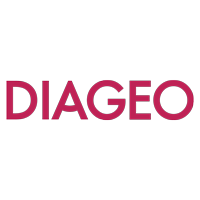 Diageo (LON:DGE) has announced, at its Capital Markets Day on 22 May 2019, that it would change its method of calculating organic growth for periods beginning with the six months ending 31 December 2019. Organic growth is a non-GAAP financial measure. See ‘Explanatory Notes’ below for an explanation and reconciliation of non-GAAP measures.

This change in methodology will significantly simplify Diageo’s internal reporting processes by more closely aligning its calculation of organic movements with its internal management reporting. Diageo also believes this methodology will allow investors to better compare Diageo’s organic movements with its peer group listed on page 92 of the Annual Report 2019.

Exchange impacts in respect of the external hedging of the intergroup sales of products and the intergroup recharging of third party services will continue to be allocated to the geographical segment to which they relate.  Any residual exchange impacts will continue to be reported in Corporate. Results from markets that have hyperinflationary economies are translated at respective years’ actual rates. As a result, no exchange difference is reported. Under the revised methodology, the adjustments included in respect of Acquisitions and Disposals in the organic reconciliation, calculated at the prior period’s weighted average rate, have not changed materially.

Organic growth for sales, net sales, marketing and operating profit for the years ended 30 June 2019 and 2018 and for the six month period ended 31 December 2018 are set out in the tables below under both the prior methodology and the new methodology with no significant difference for all periods, geographical segments and key categories:

Organic information is presented using pounds sterling amounts on a constant currency basis excluding the impact of exceptional items and acquisitions and disposals. Organic measures enable users to focus on the performance of the business which is common to both years and which represents those measures that local managers are most directly able to influence.

The organic movement percentage is the amount in the row titled ‘Organic movement’ in the tables below, expressed as a percentage of the absolute amount in the associated relevant row titled ‘adjusted’. Organic operating margin is calculated by dividing operating profit before exceptional items by net sales after excluding the impact of exchange rate movements and acquisitions and disposals.

‘Exchange’ in the organic movement calculation reflects the adjustment to recalculate the reported results as if they had been generated at the prior period weighted average exchange rates.

Exchange impacts in respect of the external hedging of inter group sales by the markets in a currency other than their functional currency and the inter group recharging of services are also translated at prior period weighted average exchange rates and are allocated to the geographical segment to which they relate. Residual exchange impacts are reported as part of the Corporate segment.

(b) Acquisitions and disposals

Where a business, brand, brand distribution right or agency agreement was disposed of, or terminated, in the period up to the date of the external results announcement, the group, in the organic movement calculations, excludes the results for that business from the current and prior period. In the calculation of operating profit, the overheads included in disposals are only those directly attributable to the businesses disposed of, and do not result from subjective judgements of management.

Exceptional items are those that in management’s judgement need to be disclosed by virtue of their size and/or nature. Such items are included within the income statement caption to which they relate, and are separately disclosed in the notes to the consolidated financial statements, and are excluded from the organic movement calculations.

Exceptional operating items are those that are considered to be material and/or unusual or non-recurring in nature and are part of the operating activities of the group such as impairments of fixed assets, indirect tax settlements, property disposals and changes in post-employment plans.

Gains and losses on the sale of businesses, brands or distribution rights, step up gains and losses that arise when an investment becomes an associate or an associate becomes a subsidiary and other material, unusual non-recurring items, that are not in respect of the production, marketing and distribution of premium drinks, are disclosed as non-operating exceptional items below operating profit in the consolidated income statement.

It is believed that separate disclosure of exceptional items and the classification between operating and non-operating items further helps investors to understand the performance of the group.

You can read the full DGE archive by clicking the EPIC code.

Diageo’s preliminary results to be published on 4 August 2020