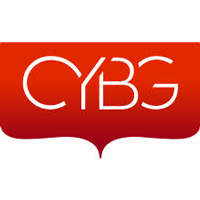 CYBG Plc (LON:CYBG), today announced that Debbie Crosbie has informed the Board of the Company of her intention to step down as Group Chief Operating Officer (COO) and an Executive Director of the Company to take up an external opportunity.

Debbie will step down as Executive Director with immediate effect but will remain in her role as COO for a period of time to facilitate an orderly handover with a leaving date to be agreed. Debbie will also step down as an Executive Director of companies within the CYBG Group including Clydesdale Bank PLC and Virgin Money plc with immediate effect.

Fraser Ingram, currently Innovation and Change Director, will be appointed to the role of COO in an interim capacity. A process to appoint Debbie’s successor will now commence.

Jim Pettigrew, CYBG Chairman said: “On behalf of the Board I should like to thank Debbie for her significant contribution over many years to the CYBG and Clydesdale Bank Boards. Amongst Debbie’s many achievements has been the development of a highly capable team which will continue to support the delivery of the Bank’s operational and strategic goals. We all wish Debbie the very best for the future.”

“In recent years Debbie’s leadership of our technology programme has created one of the UK’s leading banking platforms, enabling CYBG to transform the digital experience for our customers and put CYBG in prime position to succeed in the world of Open Banking – all of which has underpinned CYBG’s recent growth.”

“We are disappointed to lose someone of Debbie’s calibre, and while the team and I will miss her personally, her new role is a great opportunity and we wish Debbie all the very best for the future. Debbie has built and led a strong and highly capable team and I look forward to working with Fraser Ingram whom I have appointed as interim Group Chief Operating Officer.”

Fraser Ingram joined the Group in 2016 and is currently Innovation and Change Director leading the Bank’s transformation programme and creating the Bank’s technology platform. Fraser is a highly experienced executive having held a number of significant, transformational, technology and operational roles in the UK, Europe and North America. Prior to joining CYBG, Fraser was the Chief Administration Officer, Kleinwort Benson. He has been working in financial services since 1984 and had a successful career at RBS, with roles including CIO at Citizens Bank and Managing Director responsible for servicing the RBS and NatWest retail banks. Fraser holds a Master in Business Administration from Aston Business School and is a Fellow of the Chartered Institute of Bankers. He is a founding Trustee of CUDECA, Spain’s first independent palliative care centre and hospice.

You can read the full CYBG archive by clicking the EPIC code.

CYBG Plc Continue to deliver ahead of market growth