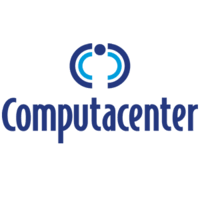 Following a strong start to the year, as indicated in our Q1 2019 Trading Update on 26 April 2019, the Group has seen continued momentum within the Technology Sourcing business throughout the second quarter of 2019, which has resulted in the Group’s adjusted profit before tax being marginally ahead of the first half of last year, which, as noted previously, was a challenging comparison.

The strong 2019 performance is coming from Computacenter’s established businesses. In fact, the acquired business in the US has underperformed our expectations to date. Although it remains profitable and the recent US performance has been encouraging, it has been immaterial to the Group and more than compensated by the strong organic performance from the rest of Computacenter.

Consequently, Computacenter’s Board believe that the Group’s trading result for the financial year 2019 will be materially ahead of current market1 expectations in both profitability and earnings per share.

Computacenter’s Board acknowledge, as is the case every year, that there is still a significant amount to do in the second half of the year and we look forward to giving more detail at the announcement of the Group’s Interim Results on Friday 23 August 2019.

You can read the full CCC archive by clicking the EPIC code.