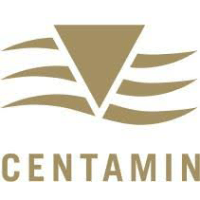 Centamin plc (LON: CEY) today announced that Andrew Pardey has informed the Board of his intention to retire as Chief Executive Officer. The Nomination Committee, chaired by Edward Haslam, is initiating a search process to find a new CEO, commencing with the appointment of a global executive search firm.

Andrew will continue with his responsibilities – fully supported by the Executive team and the Board – while assisting the search process and facilitating an orderly handover to the appointed successor, within his 12-month notice period.

The Company previously communicated that third quarter production was behind expectations primarily due to reduced open pit mining rates on the higher-grade Stage 4 West wall. Total gold production for Q3 is expected to be 97-98,000 ounces, bringing production for the first nine months of 2019 to 331-332,000 ounces. During Q3, there have been significant changes to the operational team at Sukari and with the planned mining of higher-grade material from the open pit and underground, the lower end of annual guidance range (490,000 ounces) remains achievable.

The Q3 Report is scheduled to be published on 23 October 2019 and will include a more detailed outlook for the fourth quarter.

“I have had the pleasure of working with Andrew for nearly 12 years, from when he joined Centamin as the General Manager at Sukari. In this time, Sukari has transitioned from exploration through to construction of Egypt’s first modern gold mine, and today, is a global top 20 gold mine. Andrew has worked tirelessly and with great sacrifice during his tenure. On behalf of the Board and shareholders, I would like to thank him for his commitment. I look forward to working closely with Andrew in this period of transition as we restore operational consistency at Sukari and prepare Centamin for its next stage of growth.”

“It has been a privilege to be involved with Centamin and grow with it, from General Manager to Chief Operating Officer and ultimately serving the last four years as Chief Executive Officer. I would like to thank the Board, all my colleagues and the shareholders for their dedication, loyalty and support transforming this business and building an exceptional mine.”

You can read the full CEY archive by clicking the EPIC code.