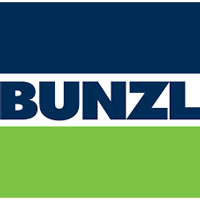 As announced on 25 February 2019, in recognition of the new provisions of the revised Corporate Governance Code and the fact that Philip Rogerson had been a director since January 2010, the Company has undertaken a thorough search, led by Vanda Murray, the Company’s Senior Independent Director, to identify and appoint Mr Rogerson’s successor.

He was formerly a non-executive director of Premier Farnell plc and Staples Solutions NV and was Chief Executive Officer of Berendsen plc from 2010 to 2016. Prior to this he held several senior executive roles including International President of Staples Inc and Chief Executive Officer of Corporate Express NV, a Dutch quoted company which was subsequently acquired by Staples. In his career, Mr Ventress has held a number of other senior management positions across different businesses in a variety of industries and sectors and has lived and worked in France, Canada and the Netherlands as well as in the UK.

Peter Ventress will join the Company on 1 June 2019 as a non-executive director and Chairman designate and will assume the role of Chairman of the Board and of the Nomination Committee following Philip Rogerson’s retirement at the conclusion of the Company’s Annual General Meeting in April 2020. In order to rebalance his portfolio of directorships, Mr Ventress will retire from the Board of Softcat plc on 31 December 2019.

“I am delighted that, following an extensive search and selection process using an external search firm to identify Philip’s successor, we have been able to appoint Peter as Chairman designate. He has a strong track record both as an executive and non-executive director of a number of international distribution businesses and will bring valuable knowledge and experience to the Board.

Although Philip will not be leaving until April next year, I would also like to take this opportunity to thank him for his tremendous contribution during his time with us. His leadership and guidance over the last nine years have been invaluable and he will leave the Board with our very best wishes for the future.”

“I am very pleased to welcome Peter as my successor and future Chairman of Bunzl. With many years of relevant commercial and Board experience, I am confident that he will successfully lead Bunzl through the next phase of its long history and create further sustainable value for the benefit of stakeholders as we continue to grow and develop the business.”

“I am excited to be joining Bunzl. The Company has a strong value proposition and has delivered excellent growth and success over many years and I am very much looking forward to working with the Board and overseeing the next stage of development through the continued application of the Group’s consistent and proven compounding strategy.”

You can read the full BNZL archive by clicking the EPIC code.

Bunzl acquires a further business in the US