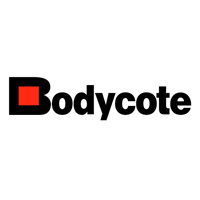 Bodycote Plc (LON:BOY), the world’s leading provider of heat treatment and specialist thermal processing services, issued a trading update covering the four-month period from 1 January to 30 April 2019, ahead of the Company’s 66th Annual General Meeting, which will be held at 12.00pm today.

The following review of the Group’s markets quotes all movements based on growth against the same period in 2018, at constant currency.

Aerospace and defence revenues grew 15%, with the strong growth trend seen through the second half of last year continuing into 2019.

Automotive revenues fell 4%, with car & light truck revenues negatively impacted by lower production volumes, particularly in Western Europe. Year on year growth comparisons in car & light truck are somewhat skewed, however, as the first half of 2018 was particularly strong due to manufacturers accelerating deliveries ahead of the introduction of the WLTP regulations.

General industrial revenues were 6% lower, with good growth in the emerging markets more than offset by weakness in the developed economies. The revenue declines in the developed markets are due to the impact of business that was discontinued in H2 2018, as well as what appears to be some hesitation in customers’ capital investment decisions.

Net cash as at 30 April 2019 was £31m compared to £36m at 31 December 2018. This reflects continued strong underlying cash generation in light of the typical working capital outflows in the first few months of the year; the ongoing investment in the growth of the business; and the purchase of shares for the settlement of future long-term incentive awards. The Board will pay a final dividend of 13.3p per share and the special dividend of 20.0p per share on 7 June 2019, at a total cost of £64m.

In note 30 of its last reports and accounts, Bodycote reported on a state aid investigation being conducted by the European Commission. The note highlighted a maximum potential liability of £20m in relation to this investigation. On April 25, the European Commission released its decision that certain tax exemptions offered by the UK authorities constituted State Aid and, as such, will need to be recovered. Bodycote is working with its tax advisers to understand the implications of this and determine what, if any, exceptional charge may need to be booked.

In the first four months, we have seen excellent growth in civil aerospace revenues, offset by anticipated weakness in automotive and general industrial revenues against strong comparatives from the same period last year.

The full year outlook for civil aerospace remains strong, and revenue growth for Specialist Technologies’ is also expected to be good. With easing comparatives in automotive in the second half of the year, and provided current macroeconomic conditions do not deteriorate, year on year growth should strengthen. The Board’s expectations for the full year remain unchanged.

You can read the full BOY archive by clicking the EPIC code.

Bodycote Q1 Trading not significantly impacted by disruption from the pandemic