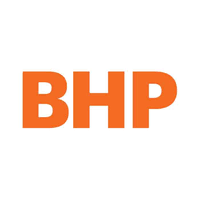 The Board of BHP Group (LON:BHP) has announced that Mike Henry has been appointed Chief Executive Officer of BHP, following a thorough succession process.

Mr Henry will assume the role of CEO and Executive Director effective 1 January 2020, replacing Andrew Mackenzie who will retire as CEO on 31 December 2019.

Mr Henry has 30 years’ experience in the global mining and petroleum industry, spanning operational, commercial, safety, technology and marketing roles. He was appointed to his current role of President Operations Minerals Australia in 2016, and has been a member of the Executive Leadership Team since 2011.

Mr Henry joined BHP in 2003, initially in business development and then in marketing and trading of a range of mineral and petroleum commodities based in The Hague, where he was also accountable for BHP’s ocean freight operations. He went on to hold various positions in the Company, including President Coal, President HSE, Marketing and Technology, and Chief Marketing Officer. Prior to joining BHP, Mr Henry worked in the resources industry in Canada, Japan and Australia.

Outgoing CEO Andrew Mackenzie said: “It has been a privilege to serve as CEO of BHP. Our products are essential to global economic development and we deliver them in a way that creates significant value, for our shareholders, our employees, communities, nations and the world. BHP is in a good position. We have a simple portfolio, a strong balance sheet and options to grow value and returns for decades to come.

“Fresh leadership will deliver an acceleration in the enormous potential for value and returns that will come from BHP’s next wave of transformation. Choosing the right time to retire has not been an easy decision, however the Company is in a good position. I am confident Mike and BHP will seize the many opportunities that lie ahead.”

CEO-Elect Mike Henry, said: “I am honoured and privileged to be appointed as CEO and to have the opportunity to lead the talented and hard-working people who make BHP a great company. For more than 130 years, through the ingenuity and commitment of its people, BHP has delivered shareholder value while successfully adapting its portfolio, operations and products. Today we are even safer, more predictable and more focused.

“We will unlock even greater value from our ore bodies and petroleum basins by enabling our people with the capability, data and technology to innovate and improve. We must operate safely, with discipline and reduce our impact on the environment. With the right people and the right culture we will deliver value and strong returns for shareholders and for all of society.”

Mike Henry’s employment contract will be effective from 1 January 2020.

BHP Chairman Ken MacKenzie said: “This remuneration package is designed to motivate a high level of performance, and align with our shareholders’ expectations and community views. The package is consistent with that applied for Andrew Mackenzie and the remuneration policy approved by shareholders at BHP’s 2019 Annual General Meetings (AGMs). It is broadly consistent with other roles in global companies with similar global complexity, size and reach, and is reflective of the CEO’s significant responsibilities. A high proportion of actual remuneration received will be directly dependent on performance, with 75 per cent of total target remuneration represented by incentive plans, and only 25 per cent in fixed pay.”

The key components of Mr Henry’s remuneration are:

–     A Cash and Deferred Plan (CDP) target cash award opportunity of 80 per cent of base salary, with two tranches of deferred shares to be awarded, each to the equivalent value of the actual cash bonus received, vesting in two and five years respectively (the maximum CDP award is 1.5 times the target award); and

–     A Long Term Incentive Plan (LTIP) award of 200 per cent face value of base salary (subject to shareholder approval).

Andrew Mackenzie will step down as CEO, a member of the Executive Leadership Team and an Executive Director of the Company on 31 December 2019, and will retire from the Group on 30 June 2020. Mr Mackenzie will work through the applicable notice period and accordingly no severance payment will be made. He will receive his base salary and pension entitlement to the date of his retirement.

In conjunction with our new remuneration policy recently approved by shareholders, BHP introduced a requirement effective 1 July 2020 for the CEO to continue to hold their BHP shares for two years beyond retirement. While this requirement is not technically applicable to Mr Mackenzie as he will retire on 30 June 2020, to demonstrate his commitment to and confidence in BHP’s future success, Mr Mackenzie has voluntarily committed to comply with this post-retirement shareholding requirement.

Mr Mackenzie’s remuneration will be in accordance with shareholder-approved arrangements. In summary:

–    Any incentive payment under the CDP for FY2020 can only be assessed by the Remuneration Committee at the end of the financial year;

–    Awards granted in previous years under the LTIP will be pro-rated in accordance with the Company’s usual practice. They will vest only if the performance hurdle is met at the end of each five-year performance period; and

–    Mr Mackenzie will be entitled to the value of the pension and superannuation funds that he has accumulated over his years of service with the Company.

Summaries of the key terms of Mr Henry’s employment contract and Mr Mackenzie’s retirement arrangements are set out in the attached schedules.

Further information on BHP can be found at: bhp.com

Mike Henry has been President Operations, Minerals Australia since February 2016. He has been a member of the Executive Leadership Team since 2011. In his current capacity, Mr Henry is responsible for BHP’s iron ore, coal, copper and nickel assets in Australia, leading nearly 40,000 people across six assets, with revenues of US$29 billion, EBITDA of US$16 billion and capital spend of US$3 billion.

Under his leadership, there has been a 60% reduction in the frequency of high potential injuries in Minerals Australia. BHP has become the lowest cost major iron ore producer in the world. A turnaround of Nickel West led to the decision to return the business to core in the BHP portfolio. He has delivered major capital projects, including South Flank, at half the capital intensity of prior major projects in West Australian Iron Ore, and has implemented BHP’s first full-scale autonomous haulage system at Jimblebar.

In his current capacity, Mr Henry has designed and implemented a BHP-wide operating system and the Maintenance and Engineering Centre of Excellence, which has delivered material cost savings and improved uptime across key classes of equipment. He has established a new employment model and approach to skills building in Australia through Operations Services. Mr Henry is a committed advocate for the industry and, in 2018, was part of the Federal Government’s Resources 2030 Taskforce.

Mr Henry is a champion of diversity. Over the past three years under his leadership, BHP’s Minerals Australia business has nearly doubled its number of female employees, and increased indigenous employment from 4.1 to 5 per cent.

Mr Henry has previously held roles accountable for health, safety and environment, technology, capital projects, supply, logistics and marketing and trading. His 30-year resources career has spanned four continents and all of BHP’s commodities. He has led teams in 18 countries.

Mr Henry is Vice Chair of the Minerals Council of Australia.

He was born in Canada, holds a Bachelor of Science (Chemistry) from the University of British Columbia and lives in Melbourne with his wife of 30 years. He and his wife have two adult daughters who live in Canada.

Chairman Ken MacKenzie said: “Mike Henry’s deep operational and commercial experience, developed in a global career spanning the Americas, Europe, Asia and Australia, is the perfect mix for our next CEO. I am confident his discipline and focus will deliver a culture of high performance and returns for BHP Group. Mike has been a strong advocate for the industry, driving higher standards of safety and a commitment to our local communities and global stakeholders.

“We would like to recognise the outstanding contribution of Andrew Mackenzie to BHP as CEO. Under his leadership, BHP has transformed into a simpler and more productive company, financially strong and sharply focused on value for shareholders. We thank him for his vision and hard work, which has changed the way we operate and engage with the world.”

You can read the full BHP archive by clicking the EPIC code.

© 2020 - DirectorsTalk Interviews. All rights reserved. Reproduction in whole or in part, in any form or medium without express written permission is prohibited.
<script type='text/javascript' src='ht