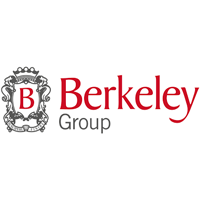 Berkeley Group Holdings PLC (LON:BKG) today announced its Trading Update which covers the period from 1 November 2018 to 28 February 2019.  Berkeley is the country’s leading place-maker, operating principally in London, Birmingham and the South of England. They create beautiful, successful places where communities thrive and where people of all ages and backgrounds enjoy a great quality of life.

“The trading environment for Berkeley remains consistent with that experienced over the last two years. This stability allows Berkeley to reiterate the updated pre-tax profit guidance it provided with its Interim Results in December 2018 for this, and the next two years, which represented an increase of around 8% in the guidance for the current year.

In this period, Berkeley has continued to invest in its brand and place-making, working alongside its partners in the public and private sector, to successfully bring forward the next generation of its complex, long-term development sites that will deliver lasting social, economic and commercial value to local communities and the wider economy; while delivering quality new homes across all tenures on its numerous sites in production in London and the South of England.

That Berkeley is able to do this in the current uncertain and volatile operating environment reflects its unique operating model, financial strength and resources. The Group is assessing a number of opportunities and currently anticipates net cash at 30 April 2019 will be around the level reported at half year of £859.7 million, subject to investment levels and timing in the intervening period.

While very mindful of the potential for short-term market dislocations from the current political back-drop, we remain steadfast in our belief in the long-term resilience and attraction of our markets of London, Birmingham and the South East.

You can read the full BKG archive by clicking the EPIC code.