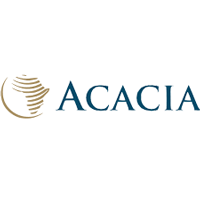 Acacia Mining Plc (LON:ACA) noted the reported comments in the Tanzanian media today attributed to the Regional Director of Tanzania’s National Environmental Management Council (“NEMC”), the Minister of State in the Vice President’s Office for Union Affairs and Environment, and the Minister for Minerals that its North Mara mine (“the Mine”) has been issued with a fine in relation to alleged historical breaches of environmental regulations in Tanzania.

Acacia confirms that North Mara Gold Mine Ltd, the operator of the Mine, has received verbal notice from the Government of Tanzania (“GoT”) that it is to be issued with an Environmental Protection Order (“EPO”) in relation to alleged historical breaches. The Mine understands that the GoT is considering issuing an EPO on account of alleged deficiencies at its Tailings Storage Facility (“TSF”), however the Mine has not yet received an EPO, or any supporting reports, findings or technical data in relation to the statements attributed to the Minister of State in the Vice President’s Office for Union Affairs and Environment.

Acacia confirms that the two ministers did visit the Mine yesterday to meet with management of North Mara, to review the status of the Mine’s works to rectify and manage within the mine site seepage from the TSF, and the status of North Mara’s project to construct a new TSF.

As previously disclosed on 8 March 2019, the Mine’s technical team has been working constructively and collaboratively with the GoT to try to address the GoT’s concerns regarding alleged breaches of various environmental regulations and alleged discharges of a hazardous substance from the Mine.

The Mine is reaching out to NEMC and to the Ministers to seek clarification of these media reports and statements, including to request copies of any investigation reports or data upon which the Government’s actions are said to be based, and to seek details of any EPO or other statutory order that might have been issued, imposing a fine or requiring the Mine to take further remedial action.

In the meantime, operations at the Mine remain unaffected.