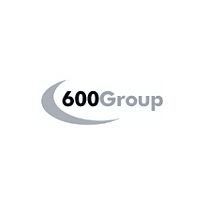 600 Group PLC (LON:SIXH) is the topic of conversation when Hardman and Co’s Analyst Paul Singer caught up with DirectorsTalk for an exclusive interview

Q1: I wanted to talk to you about 600 Group, first off, can you tell us about the group and what they do?

A1: 600 Group was established in 1980, the company is essentially a designer and manufacturer of industrial products, its key focus is machine tools, related components and laser marking and the US represents around 65% of group sales. The company has a strong global brand recognition with, as a key differentiator, the provision of high service and customer support. I think the company is well regarded and is well positioned within highly competitive and fragmented industries where generally barriers to entry are low.

Q2: So, what are the strategic objectives?

A2: The principal objectives are to develop its individual businesses through delivering products and services that meet or exceed the requirements of end-user customers in terms of lead times and quality standards. The company will continue to pursue an active approach no new product development and fostering relationships with its supply chain partners.

The company is also in the process of undertaking design-led cost reduction activities to maintain and improve its competitiveness on a global basis. The Group also, more importantly, plans to expand its footprint with improved distribution and through selected acquisitions and joint ventures especially in the higher growth industrial lasers systems market.

Q3: What are the fundamental prospects for the Group?

A3: At this moment in time, they are very positive. Growth is primarily driven by the global economy and the machine tool industry with, as I said before, around 65% sales ultimately derived from the US. As I’m sure you’re aware, most investment commentators are suggesting that the global economy will see some sort of synchronised growth across both the developed and the developing markets over the medium term, especially from China.

As far as 600 Group are concerned, conditions in the US economy remain healthy which is obviously good for them. Monetary policies in the US are still supportive although we will likely see higher interest rates but they’re still relatively low and indications from China are that we’ll continue to see healthy growth in the market albeit perhaps at a slighter slower rate than from a historical perspective.

So, from a general economic standpoint, conditions are favourable. From a company perspective, growth will be driven primarily in the laser marking division and its business in laser marking technology is superior to the competitive ink jet marking as it can operate on a continuous high-speed basis and doesn’t require any consumables like ink.

Q4: What are your forecasts for the Group? Are there any pension issues and is there a prospect for dividends?

A4: Firstly, I think our forecasts suggest that the Group will see sales growth of around 7-8% per annum which will be led by the industrial laser business which would see growth close to 10% and we see, in the near-term, underlying EBIT attaining about £3.7 million with margins close to 7%. The company does have a net debt position at the end of March 2017, it was £13.6 million, we see that declining to around £10.6m in the current year and expect that declining trend to continue.

Q5: So, would you say then that the shares are attractively valued?

A5: Certainly, as we look at several methodologies when valuing companies, on the traditional methodologies, enterprise value to sales and enterprise valuation to EBITDA. 600 Group’s valuation is attractive, currently we have them trading on EV to sales and EV to EBITDA ratios of 0.6 or 7.3/7.4 times respectively, which compared with sector averages of 1 times and close to 8 times respectively. On the perspective 2018 PE, the multiple is just under 8 times which is most attractive compared to the UK market.

Interestingly on that point, in the sector, in 2016, one of 600 Group’s competitors was acquired and the transaction value came in at over 10 times EBITDA over 15 times EBIT and close to 2 times sales. So, on that basis, the Group is most attractively valued. Just supporting that, we do run a DCF model and we have significant upside to the current share price on that basis as well.

So, in summary, we think that the shares are very attractively valued.

You can read the full SIXH archive by clicking the EPIC code.

The 600 Group Acquisition of CMS attractive and EPS-enhancing