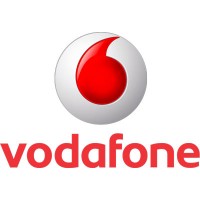 Vodafone Group PLC (LON:VOD) is launching the first wearable products in its “V by Vodafone” Consumer Internet of Things (IoT) range: “V-SOS Band by Vodafone”, an emergency alert wrist band designed by Vodafone; and the “V-Kids Watch by Vodafone” smartwatch.

The “V by Vodafone” Consumer IoT range was launched in November 2017* to offer consumers a range of internet-connected devices to use while on the move and at home. Vodafone is the mobile world leader in Enterprise IoT, with 68 million mobile IoT connections and an international network and services platform for a wide range of business-critical applications.

“V-SOS Band by Vodafone” enables consumers with mobility issues to continue living independently and get assistance in an emergency situation, when the in-built “V-Sim by Vodafone” will send a message to up to four designated contacts, such as family members. The features of the device include:

· SOS alert – pressing a button on the side of the “V-SOS Band by Vodafone” for three seconds will alert designated contacts. The wearer will see the band’s lens colour change from amber to red to green once one of the designated contacts is on their way to help. The wearer can re-press the button to cancel the emergency at any time.

· Care co-ordination – Contacts can call or message from within the “V-SOS Band by Vodafone” app to determine who will attend an emergency and to highlight when it is resolved.

· Fall detection – The band will automatically alert the designated contacts if it detects a fall by the wearer using an algorithm and the in-built accelerometer.

· User location – The location of the “V-SOS Band by Vodafone” can be identified when an emergency is ongoing using a combination of GPS and the mobile network for greater accuracy.

· Water resistant – The “V-SOS Band by Vodafone” is designed to be worn most of the time, including in the shower or bath as it is water resistant (IP67 certified).

· Inactivity alert -If the “V-SOS Band by Vodafone” does detect a period of inactivity, such as caused by the device having been removed and not put on again, an alert will be sent to the user’s designated contacts.

· Battery alerts – The 200 milliamp hour (mAh) battery will last for up to a month. The wearer can find out the level of charge by double tapping the band’s screen. If the band has less than 20% of charge the user’s designated contacts will also be notified.

· Design – “V-SOS Band by Vodafone” has a 2.4 x 3.8 cm lens and fits a wrist 14-17 cm in circumference. It was designed by Vodafone’s award-winning Design Studio and R&D laboratory in Düsseldorf, Germany.

“V-Kids Watch by Vodafone” is a smartwatch for children that is connected over Vodafone’s mobile network, enabling parents to stay in contact with their child when they start to give them more independence. Its features include:

· Safe zones – Parents can set up a safe zone for their child – such as the grounds of their home or school – and receive a smartphone alert if they leave that area.

· SOS alert – If the child holds down a button on the watch for five seconds an SOS alert will be sent over the mobile network to their designated contacts.

· Messaging – The child can communicate with up to five designated people using voice messages and emojis.

· Reminder – Reminders can be set on the “V-Kids Watch by Vodafone”, such as when the child needs to return home from playing.

· Content- A Qualcomm Snapdragon 8909W chipset enables the child to use a number of pre-installed games and a calculator.

· School time – Parents can disable games and messaging at times when the child should not be distracted, such as when they are at school.

· Battery life – The 450 mAh battery will last for up to three days depending on usage.

Activating “V by Vodafone” services is very straightforward, with the customer simply logging into the “V by Vodafone” app on a smartphone then scanning a QR code on the product packaging. Connected devices are then automatically detected and added to the network. To use the “V-SOS Band by Vodafone” and “V-Kids Watch by Vodafone”, customers will pay a one-off cost for each device plus an affordable fixed-rate monthly subscription fee. For existing Vodafone mobile customers, the monthly subscription will be automatically added to their Vodafone bill.

The “V-SOS Band by Vodafone” will be available for purchase in Vodafone stores in selected markets, online at v.vodafone.com as well as in independent stores.

Serpil Timuray, Vodafone Group Chief Commercial and Strategy Officer, said: “Our growing range of V by Vodafone products and services are enabling our customers to stay connected to everyone and everything that matters to them anytime and anywhere. The V-SOS Band by Vodafone and V-Kids Watch by Vodafone will enable consumers to enjoy greater independence while keeping them safe and secure by being in contact with their families when needed.”