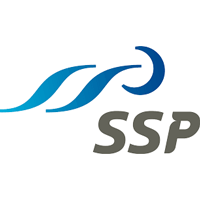 SSP Group plc (LON: SSPG) has announced the appointment of Mike Clasper to succeed Vagn Sørensen as Chairman of the Company. Mike will join the SSP Board as an independent Non-Executive Director and Chairman designate of the Company on 1 November 2019.

Vagn Sørensen, who first joined the Board as Chairman in 2006 and led the Company through its IPO in 2014, will retire from the Company at the completion of the 2020 Annual General Meeting and Mike will then assume the role of Chairman. Mike will also serve as Chair of the Board’s Nomination Committee with effect from 1 November 2019.

Mike is currently Chairman of Coats Group plc, which is listed on the main market of the London Stock Exchange. Between March 2014 and December 2018, he was Senior Independent Director of Serco Group plc. In addition to these positions, Mike has served on the boards across a wide range of businesses, including as Chairman of Which? Limited, Chairman of HM Revenue & Customs, Senior Independent Director of ITV plc, President of the Chartered Management Institute and Operational Managing Director at Terra Firma Capital Partners Limited. He was Chief Executive of BAA plc and before that he held a number of senior executive positions at Procter & Gamble.

Commenting on the appointment, Carolyn Bradley, Senior Independent Director and member of the Nomination Committee, said:

“We are delighted that following a comprehensive search to identify the right individual to succeed Vagn, Mike will join the Board and become Chairman of the Company next year. He brings significant and relevant experience, in particular a deep expertise in the airport and aviation services industries following his time as Chief Executive of BAA plc. We look forward to welcoming him to the Board.

“I would like to thank Vagn Sørensen for the major contribution he has made to SSP, which includes guiding the business through a highly successful IPO and delivering consistent shareholder returns since then. His Chairmanship and knowledge of the business have played a significant part in the development of SSP and we wish him well for the future.”

Vagn Sørensen, Chairman of SSP Group and Chair of the Nomination Committee, said:

“It has been an honour to serve as SSP’s Chairman for more than a decade. Having overseen the successful CEO transition to Simon Smith, I believe that with the business in great shape, with a clear and proven strategy and a sound platform on which to generate long term sustainable returns, it’s the right time for me to step down.”

“It is an immense privilege to be asked to serve as Chairman of SSP. SSP is a fantastic business with excellent on-going growth potential. I look forward to working with the SSP team to realise this potential.”

You can read the full SSPG archive by clicking the EPIC code.

SSP Group Good performance in the first half of 2019, driven by strong sales growth