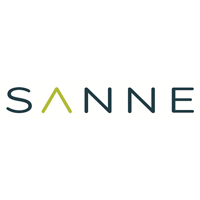 Sanne Group plc (LON:SNN), the global provider of alternative asset and corporate services, today announced that, after a busy and successful seven years running SANNE as Chief Executive Officer, Dean Godwin has decided to retire from the firm and, after 20 years in the industry, he has decided to retire from the fund administration sector as well. Martin Schnaier, previously SANNE’s Chief Commercial Officer, is to succeed Dean Godwin as the Group’s Chief Executive Officer (“CEO”).

Following this decision, Martin has today been appointed as the Group’s Chief Executive Officer Designate and as a Director of the SANNE Board. Martin and Dean will work closely together over the coming months to ensure an orderly transition. Martin will then take on the role of CEO at the end of the Company’s Annual General Meeting on 16th May 2019, at which time Dean will retire from the Group.

Dean Godwin joined SANNE in 2012. During his tenure, the company has been transformed into a global, market-leading business, growing revenue and underlying operating profit by over 600%. He led the company’s successful IPO in 2015.

Martin Schnaier joined SANNE in 2011 and has been Chief Commercial Officer since 2017, responsible for the firm’s global service offering and its continued commercial development. Previously, Martin was Managing Director of SANNE’s Alternative Assets business across EMEA. He has 20 years’ experience working in the finance industry, with senior roles at Babson Capital (now Barings) and Advent Venture Partners prior to joining SANNE and qualified as a Chartered Accountant (ICAEW) with KPMG.

“Dean’s contribution to SANNE has been exceptional. He has overseen a hugely successful IPO and our significant subsequent growth, cementing SANNE’s reputation as a market-leader focused on fast growing asset classes in the world’s most attractive regions. He has also encouraged investment at SANNE to ensure that we have a strong platform for continued growth in the future. Dean will be leaving SANNE in very good shape and with our very best wishes.

“The Board is delighted to appoint Martin as Dean’s successor. The Board has run a thorough succession process, helped by external consultants, which reviewed and assessed a strong field of internal and external candidates, and Martin was the standout candidate. Martin has played a key role in the growth of Sanne over the last eight years and has a deep understanding and experience of our business and markets. The Board welcomes Martin to the role and wishes him every success.”

“It has been an enormous pleasure to lead SANNE over the last seven years. I have had the privilege to work with so many talented people and I am grateful for their invaluable support in transforming SANNE into a global leader. I have worked with Martin closely for many years and am confident that he will lead the Group to even greater success in the future.”

“Having been intimately involved in a remarkable period of growth and investment for the Group over most of the past decade, I am excited about the significant organic and inorganic opportunities SANNE has across all of our global markets. I look forward to working with all of my colleagues in the coming years to drive the next phase of transformational growth for the Group. We will continue to work hard towards becoming the leading independent provider of alternative asset and corporate administration services globally.”

You can read the full SNN archive by clicking the EPIC code.