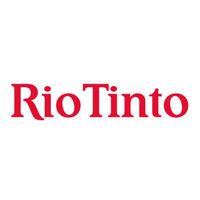 Rio Tinto (LON:RIO),  iron ore operations in the Pilbara, Western Australia, are progressively resuming following the passing of Tropical Cyclone Veronica. However, initial inspections uncovered some damage to the Cape Lambert A port facility. As a result, Rio Tinto has declared force majeure on certain contracts and is working with its customers to minimise any disruption in supply.

The impact of the disruption to production caused by the cyclone and repairing the damage sustained at the port facilities, combined with the damage caused by the fire at Cape Lambert A in January, will result in a loss of approximately 14 million tonnes of production in 2019. As a result Rio Tinto’s Pilbara shipments in 2019 are expected to be at the lower end of the 338 and 350 million tonnes (100 per cent basis) guidance provided.

Safety remains our top priority as we ramp up operations, and undertake the necessary remediation work, following the passing of the cyclone.