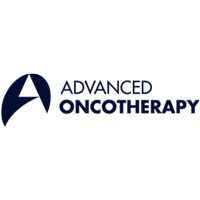 A1: Yes, that’s right. The single most important aspect of LIGHT is that it is based on a fundamentally different design to all other PBT systems. All existing technologies are based on cyclotrons or synchrotrons; LIGHT is the only linear proton accelerator designed for medical application in the treatment of cancer.

Q2: Does that matter?

A2: It matters a great deal. These differences, in terms of technology and costs, have major implications for LIGHT’s potential disruption of the global radiotherapy market. Its technology provides a paradigm shift in clinical effectiveness: the speed at which the energy and direction of the beam can be modulated, the production of secondary radiation, shielding requirements, beam size, size of magnets along the beam transfer line and, hence, the size of the patient gantry, these are all radically better with a linear accelerator.

Costs, in regards to upfront capital expenditure, ongoing maintenance and decommissioning, have also proven prohibitively high for hospitals and clinics when considering existing technologies. LIGHT will be available at a fraction of the cost of comparable competing systems.

Q3: So why aren’t there more linear proton accelerators in hospitals?

A3: From a design perspective, it’s because the engineering behind LIGHT is sufficiently challenging that it has taken the expertise within ADAM, and the experience of continually designing, creating and operating next-generation particle accelerators, to build one.

Q4: How has that expertise translated into LIGHT’s design; can you highlight some examples?

A4: There are a lot, but to pick just one of LIGHT’s components as an example, in February ‘17 we reached a major technical milestone by hitting the desired output energy from the RFQ (Radio Frequency Quadrupole). The RFQ has a number of unique properties: operating at 750 MHz, so it is far smaller than comparable systems, and the energy of the proton beam can be altered 200 times every second, for more accurate tumour targeting and adaptive treatment.

Q5: So where are we with LIGHT?

A5: We outlined the milestones we’re working towards at the investor evenings in March 2017 and hitting those is very much our focus. We updated the market with the progress we have made on the patient positioning system, ionisation chamber and RFQ on June 12th 2017; we’ll be providing further updates on milestones in due course.

Q6: So a major technical event will be generating a proton beam of sufficient energy to treat superficial tumours later in 2018?

Q7: And then, once the first machine has been produced?

A7: There is a huge, unmet medical need for new PBT systems and AVO has been putting the foundations in place to cope with this demand. At the same time, we will keep innovating and continue leveraging LIGHT’s unique capabilities. A potential future addition to LIGHT could be the ability to generate a beam of heavier ions, with higher relative biological effectiveness than even protons. Other enhancements could include enhanced accelerating power and, therefore, a shorter LIGHT system or more efficient radiofrequency generators to reduce already low operating costs. LIGHT’s modular nature lends itself perfectly to the possibility of upgrades and to further improved clinical benefits and/or lower costs.

But, I should stress that the Advanced Oncotherapy PLC LIGHT is already sufficiently different to existing technology to be hugely disruptive in the current market. Getting LIGHT into mass production is what we’ll be concentrating on.