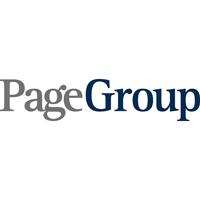 Pagegroup plc A record quarter for the Group

·    Fee earner headcount reduced by 122 to react to market conditions

·    Given current macro-economic conditions, we currently expect 2019 operating profit to be towards the lower end of the range of current market forecasts**

* In constant currencies except where stated otherwise

“The Group delivered a record quarter, with gross profit growth of 7.4% in constant currencies and 16 countries growing in excess of 10%.

“Our five Large, High Potential markets of Germany, Greater China, South East Asia, the US and Latin America grew 14% collectively. Germany grew 24%, with a standout performance from our Interim business, which is mainly Technology focused, up 47%. Greater China’s growth slowed to    -1%, with confidence continuing to be affected by trade tariff uncertainty and more recently, social unrest in Hong Kong. South East Asia was up 8%, with strong performances in our newer countries of Indonesia, Thailand and Vietnam. The US grew 22%, with strong growth in our regional offices. Latin America was up 15%, with Mexico up 30%, Brazil up 9% and the other four countries in Latin America up 9%, collectively. In our six Large, Proven markets, the UK was down 2.4%, due to continued Brexit related uncertainty. France grew 6%, the Netherlands 12%, but Italy slowed to 7%, reflecting the weaker market conditions. Australia and Spain both delivered growth, up 4% and 3%, respectively. Outside these two categories, we saw good growth in the majority of our other markets, with an outstanding performance in India, which grew 52%.

“Having added 619 fee earners in 2018 and 41 in Q1, our fee earner headcount reduced by 122 in Q2. Fee earner headcount fell in markets where we saw more challenging conditions, such as France, Greater China and the UK. We continued to invest in markets where we saw the greatest growth, such as the US and India, but we are mindful of the weaker macro-economic conditions seen in much of Continental Europe. Our flexible business model enables us to react quickly to changes in market conditions by adjusting our headcount to focus on productivity and conversion.

“We will continue to focus on driving profitable growth, while continuing our strategic investments towards our Vision of 10,000 headcount, £1bn of gross profit and £200m – £250m of operating profit. It is clear that macro-economic conditions in a number of our regions are becoming more challenging, and, as such, we currently expect 2019 operating profit to be towards the lower end of the range of current market forecasts**.”

Having added 619 fee earners in 2018 and 41 in Q1, our fee earner headcount reduced by 122 in Q2. Fee earner headcount fell in markets where we saw more challenging conditions, such as France, Greater China and the UK. We continued to invest in markets where we saw the greatest growth, such as the US and India, but we are mindful of the weaker macro-economic conditions seen in much of Continental Europe. Our flexible business model enables us to react quickly to changes in market conditions by adjusting our headcount to focus on productivity and conversion. Our operational support headcount increased by 43 in the quarter. These additions were mainly temporary in nature to support the implementation of our new Global Finance System, with roll-outs in Latin America and Northern and Central Europe during the first half of 2019, and the final countries in Europe last weekend. This represented 6,035 fee earners and a total headcount of 7,763.

EMEA Q2 gross profit grew 9.0% to £108.9m, a record quarter. Both Michael Page and Page Personnel continued to deliver strong performances, with growth of 8% and 10%, respectively. France, representing 16% of the Group, achieved a record quarter, growing 6%, marginally down from 8% in Q1 2019. Germany also delivered a record quarter, up 24%, with our Interim business, mainly focused on Technology, growing 47%. Italy grew 7% and Spain was up 3%, both impacted by slower economies. Benelux grew 13%, with Belgium delivering a record quarter. The Middle East and Africa grew 4%, with the UAE impacted by a tough comparator. Increased macro-economic uncertainty impacted market confidence in EMEA and, as such, we experienced a slowing towards the end of the quarter. As a result, our fee earner headcount reduced by 28, mainly in France.

In Asia Pacific, gross profit grew 4.7% to £43.8m. Greater China, one of our Large, High Potential markets declined 1%, due to the continuing impact of trade tariff uncertainty in Mainland China, particularly affecting our larger international clients, and more recently, social unrest in Hong Kong. South East Asia, another of our Large, High Potential markets, grew 8%, with strong growth in Indonesia and Thailand, offset by a 3% decline in Singapore, which was affected by the wider trade tariff concerns. Japan, where we continue to focus on both the Gaishikei and Nikkei markets, grew 13%, a record quarter. India, now with over 140 fee earners, delivered another record quarter, up 52%. Australia grew 4%, with strong growth in Victoria offset by more challenging trading in New South Wales. Overall fee earner headcount in the region declined by 37 in the quarter, predominantly in Mainland China.

The Americas, our fastest growing region, grew 17.4% to £36.9m. The US delivered a record quarter, up 22%. Growth was strongest in our regional offices, with notable performances from Boston, Chicago, Houston and Los Angeles. Latin America grew 15%, delivering another record quarter for the region. Mexico, the largest country in the region, grew 30%, a record quarter. The Brazilian market continued to perform well, growing 9%. Elsewhere, the other four countries in the region grew 9% collectively, with record performances from Argentina and Peru. We reduced our fee earner headcount by 17 across the Americas in the quarter, with an increase in the US offset by a decrease in Latin America.

The UK, now 16% of the Group, declined 2.4%, with continued Brexit related uncertainty impacting candidate and client confidence. Page Personnel, which represents a quarter of the UK, grew 8%. Michael Page, which is focused on more senior opportunities and continued to be impacted to a greater extent by the uncertainty, declined 6%. Fee earner headcount decreased by 40 in the quarter, all within Michael Page.

At 30 June 2019 there were 328,539,724 Ordinary shares in issue, of which 8,982,310 were held by the Employee Benefit Trust (EBT). The rights to receive dividends and to exercise voting rights have been waived by the EBT over 6,381,543 shares and consequently these shares should be excluded when calculating earnings per share. The total number of voting rights in the Company is 328,539,724.

This Second Quarter 2019 Trading Update has been prepared solely to provide additional information to shareholders to assess the Group’s strategies and the potential for those strategies to succeed. The Trading Update should not be relied on by any other party or for any other purpose. This Trading Update contains certain forward-looking statements. These statements are made by the Directors in good faith based on the information available to them up to the time of their approval of this Trading Update and such statements should be treated with caution due to the inherent uncertainties, including both economic and business risk factors, underlying any such forward-looking information. This Trading Update has been prepared for the Group as a whole and therefore gives greater emphasis to those matters that are significant to PageGroup and its subsidiary undertakings when viewed as a whole.

You can read the full PAGE archive by clicking the EPIC code.

PageGroup delivers an increase of 9.5% in gross profit

PageGroup Plc Growth across all of our regions

PageGroup plc A record Quarter and Year for the Group