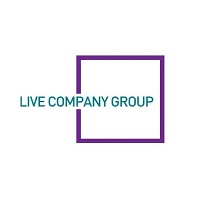 Live Company Group plc (LON: LVCG) provides the following update in respect of the placing and subscription to raise gross proceeds of £2.2 million as announced on 11 February 2019. The Company confirms that of the £0.84 million subscription, £0.64 million has been received to date, with £0.20 million still being outstanding from one subscriber. The Company confirms that the placing proceeds, being £1.26 million, were received in full in February 2019.

Accordingly, 992,304 new ordinary shares of 1p each in the capital of the Company in respect of the subscription monies received to date, together with 46,153 new Ordinary Shares in respect of the commission, as detailed in the Announcement, will be admitted to trading on AIM today.

The Company anticipates that the further £0.20 million due pursuant to the subscription will be received shortly, following which application will be made for the admission of the applicable 307,692 new Ordinary Shares to trading on AIM. The associated 384,615 investor warrants, as described in the announcement, will also only be issued on the receipt of such monies. The Company will keep shareholders updated in this regard and a further announcement will be made as appropriate.

Following the admission of the Subscription Shares and the Commission Shares, the enlarged issued share capital of the Company will comprise 70,440,744 Ordinary Shares, with each Ordinary Share having one voting right. No Ordinary Shares are held in treasury. The above figures may therefore be used by Live Company Group plc shareholders as the denominators for the calculation by which they will determine if they are required to notify their interest in, or a change to their interest in, the Company under the FCA’s Disclosure Guidance and Transparency Rules.