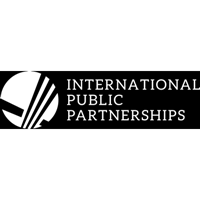 · The Company made an additional c.£70 million senior debt investment alongside new bank debt to support the successful refinancing and restructuring of three projects within its offshore transmission (‘OFTO’) portfolio

· Successful completion of a significantly oversubscribed £116.5 million capital raising with strong demand from existing and new shareholders. The proceeds of which were used to pay down the cash drawn portion of the Company’s corporate debt facility that exists to finance the Company’s investments

· The Company was appointed as preferred bidder for the Company’s eighth UK OFTO, Rampion OFTO, in August 2019 as part of the Transmission Capital Partners consortium

· The portfolio maintains a high level of inflation-linkage such that a 1.00% increase in inflation leads to a 0.86% increase in return1

· The Company has delivered a Total Shareholder Return (comprising share price growth and aggregate dividends) since IPO in November 2006 to 19 November 2019 of 197.8% or 8.7% on an annualised basis3

The Company’s portfolio of assets continues to perform well with revenues and cash receipts in line with management forecasts and levels of satisfaction remaining high amongst public sector clients.

The Company has a £400 million corporate debt facility (available until July 2021) and as at 19 November 2019, c.£103 million of the facility was drawn with £0.6 million committed via letters of credit, leaving £297 million undrawn to support the c.£35-45 million nearer term investment commitments.

During the period since 1 July 2019, the Company made new investments of c.£81.7 million, including previously existing commitments.

In September 2019, the Company successfully completed an innovative refinancing and restructuring of three projects within its OFTO portfolio. This involved a repayment of original bank debt secured against the original projects within its portfolio (Barrow, Gunfleet Sands and Robin Rigg OFTOs) by taking advantage of current favourable conditions in the debt market for new, lower-cost long-term bank debt alongside an additional c.£70 million senior debt investment made by the Company.

The combination of the low cost of the new bank debt, together with the ability to release certain reserves and achieve other efficiencies following the repayment of the existing bank debt, allows the new senior debt investment made by the Company to be attractively priced and generate returns accretive to the Company’s portfolio, as well as reducing financial leverage on the three projects by c.50% (compared to the level at financial close).

The Company’s OFTO portfolio connects 1.5GW of renewable energy to the UK’s grid, which is sufficient to power 1.3 million UK homes. This investment demonstrates a further commitment from the Company to connect the communities that the portfolio serves and enhances the overall resilience of the Company’s OFTO investments.

On 30 August 2019, the Company, as part of the Transmission Capital Partners consortium, was appointed as preferred bidder for the long-term license and operation of its eighth UK offshore transmission project. The Company expects to invest c.£35-45m in the transmission cable connection to the 400 MW Rampion Offshore Wind Farm located 13km off the Sussex coast. The Company takes no exposure to electricity production or price risk but is paid a pre-agreed, availability-based revenue stream over 20 years which is fully linked to UK inflation.

As at 30 September 2019, with adjustments for subsequent transactions, the top ten investments of the Company in terms of value were as set out below4:

In addition, the Company provides quarterly NAV guidance predominantly based on movements over the period in the government bond yields of countries where the Company holds investments and changes to relevant foreign exchange rates.

This quarterly guidance does not include any changes (positive or negative) in NAV arising from matters specific to individual investments (e.g. changes in asset specific risks, changes to cash flow projections and assumptions, indexation adjustments due to changes in inflation etc.), although any material investment-specific matters occurring in the period can be expected to be reported on separately in this quarterly update.

The Company published its NAV at 30 June 2019 of 150.3 pence per share when it released its 2019 interim results on 6 September 2019. Since that date, government bond yields have decreased in all jurisdictions in which INPP is invested. On a net basis and other things being equal, the decrease in government bond yields could be expected to have a positive impact on the Company’s NAV.

Since 30 June 2019, Sterling has strengthened against the Australian Dollar and the Euro, and weakened against the Canadian Dollar and US Dollar. The net impact of these foreign exchange rate movements could also be expected, other things being equal, to have a small negative impact on the Company’s NAV.

On 6 September 2019, the 2019 first half-year distribution of 3.59 pence per share was declared for shareholders on the register as at 20 September 2019. This distribution was made in respect of the period 1 January 2019 to 30 June 2019 and represents a c.2.5% increase on the distribution paid in the previous corresponding period. The Scrip Dividend Alternative Circular applicable to that dividend was available to investors and the associated scrip allotment or dividend payment was paid on 7 November 2019.

The Board of Directors have previously announced targets for the 2019 and 2020 distributions of 7.18 pence per share and 7.36 pence per share, respectively, providing additional guidance to investors as to the Company’s future intentions. The targeted payments would represent a minimum c.2.5% increase on the preceding distributions and would continue to be in line with the growth target indicated at the time of the Company’s IPO in 2006.2

The appetite for long-term responsible investment into public and social infrastructure remains high. There continues to be a positive outlook for private sector investment into public infrastructure across the geographies that the Company invests in. Whilst the Company acknowledges that there is an element of uncertainty in the current political landscape, we continue to monitor these risks such as emerging policies of the UK opposition party to nationalise certain infrastructure in the UK. The Company and its Investment Adviser, as previously reported, believes there are practical mitigants in place to the implementation of these policies. The Company continues to monitor developments as Brexit preparations progress and as previously expressed, we do not believe that we are unusually exposed or that there will necessarily be a significant impact on the Company’s existing investments. However, this cannot be guaranteed, and we continue to monitor developments closely, as the withdrawal process continues to evolve.

The pipeline for the types of assets the Company invests in is positive and the Company remains confident in the ability to continue to source and develop high-quality, well-performing opportunities, globally, that deliver long-term, predictable cash flows with strong inflation-linkage that meet the Company’s risk-return profile.

While it is no longer a requirement under the Disclosure and Transparency Rules for the Company to issue Interim Management Statements, the Board believes it is in the interest of shareholders for the Company to provide quarterly updates in addition to its half year reports.

You can read the full INPP archive by clicking the EPIC code.