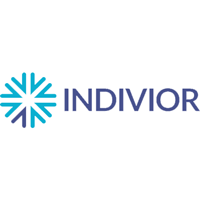 Indivior PLC (LON: INDV) today announced that its U.S. affiliate, Indivior Inc., has launched an authorized generic version of SUBOXONE® (buprenorphine and naloxone) Sublingual Film (CIII) in the U.S. The authorized generic is being marketed and distributed on Indivior’s behalf by Sandoz Inc.

This business decision is based on the market impact expected from the anticipated “at risk” launch of a generic buprenorphine and naloxone sublingual film product in the U.S. by Dr. Reddy’s Laboratories (“DRL”) and/or Alvogen Pine Brook LLC (“Alvogen”).

On February 19, the Supreme Court of the United States denied Indivior’s motion to stay issuance of the U.S. Court of Appeals for the Federal Circuit’s (CAFC’s) mandate vacating the Preliminary Injunction (PI) granted against DRL. The CAFC subsequently issued the mandate vacating the PI granted against DRL. The U.S. District Court for the District of New Jersey then issued orders dissolving the temporary restraining order against Alvogen and confirming the PI against DRL had been vacated. DRL and Alvogen therefore are no longer prevented from selling, offering to sell, or importing their generic buprenorphine/naloxone sublingual film products.

Shaun Thaxter, Chief Executive Officer of Indivior, said, “We are making an authorized generic of our SUBOXONE® Film brand product available to patients and providers immediately, giving them yet another option of medication-assisted treatment for opioid dependence. In addition, we expect this launch will create the opportunity to maximize the value of our SUBOXONE® Film franchise.”

With the launch of this authorized generic by Indivior, it is possible that other companies may also launch their own generic versions of SUBOXONE® Film.

As the current leading provider of buprenorphine medication-assisted treatment in the U.S., Indivior is committed to realizing its Vision that all patients around the world have access to evidence-based treatment for the chronic condition and co-occurring disorders of addiction.

SUBOXONE® Film is a prescription medicine indicated for treatment of opioid dependence and should be used as part of a complete treatment plan to include counseling and psychosocial support.

About Opioid Use Disorder (OUD)

Opioid use disorder (OUD), sometimes referred to as opioid addiction, is a chronic disease1. According to DSM-5, “OUD is characterized by signs and symptoms that reflect compulsive, prolonged self-administration of opioid substances that are used for no legitimate medical purpose or, if another medical condition is present that requires opioid treatment, they are used in doses greatly in excess of the amount needed for that medical condition2.”

Based on 2016 data from the National Survey on Drug Use and Health report, approximately 11.8 million Americans (age 12+ years) engaged in misuse of opioids in the past year3. From 1999 to 2016, the rate of deadly prescription opioid overdoses increased five-fold4. In 2016, an average of 115 people died of opioid overdose each day in the United States5. In addition, in 2016, 935,000 adults used heroin and approximately 625,000 adults had a heroin use disorder3. In 2015, opioids accounted for 70 percent of the disease burden associated with drug use disorders worldwide6.

Indivior is a global specialty pharmaceutical company with a 20-year legacy of leadership in patient advocacy and health policy while providing education on evidence-based treatment models that have revolutionized modern addiction treatment. Our vision is for all patients around the world to have access to evidence-based treatment for the chronic conditions and co-occurring disorders of addiction. The name is the fusion of the words individual and endeavor, and the tagline “Focus on you” makes the Company’s commitment clear. Indivior is dedicated to transforming addiction from a global human crisis to a recognized and treated chronic disease. Building on its global portfolio of opioid dependence treatments, Indivior has a strong pipeline of product candidates designed to both expand on its heritage in this category and address other chronic conditions and co-occurring disorders of addiction, including alcohol use disorder and schizophrenia. Headquartered in the United States in Richmond, VA, Indivior employs more than 900 individuals globally and its portfolio of products is available in over 40 countries worldwide. Visit www.indivior.com to learn more.

You can read the full INDV archive by clicking the EPIC code.