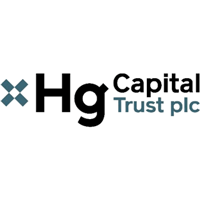 HgCapital Trust plc (LON: HGT) is a FTSE 250 company which provides investors with exposure to a fast-growing network of unquoted investments, primarily in European software and service businesses.

The Board today announced that it intends to raise up to approximately £80 million for the Company by way of a placing of new ordinary shares of 2.5 pence each in the capital of the Company.

The Board believes that it is in Shareholders’ interests to raise further equity in order to maximise the Company’s opportunities to access Hg’s attractive proprietary pipeline and thereby to enable the Company to continue its long-term performance record.

The Investment Manager’s conviction in the future performance of the Company is high as evidenced by the fact that the Board has been informed by Hg that it expects that its partners and staff will invest at least £10 million either in the Placing or, if the Placing is fully subscribed, through purchases of Ordinary Shares in the open market, if available, following this announcement. This is in addition to the more than £100m investment made by Hg partners and staff directly into the current Hg Mercury, Genesis and Saturn funds.

Numis Securities Ltd is acting as corporate broker in respect of the Placing.

Background to the Placing

· Following the Company’s strong double-digit compounded growth over the past 20 years of 14.5% p.a., and the Board’s confidence in Hg’s ability to deploy additional capital into its pipeline of attractive investment opportunities, the Board believes it would be advantageous to Shareholders for the Company to be able to continue to make commitments to future Hg fund vintages of a scale where the Company’s commitments are in the range of 10% to 15% of the total Hg fund size, as they have been able to do historically.

· Given the cycle of HgCapital Trust plc fundraising, the Board believes that they may be required to make commitment decisions to Hg’s next vintage of funds within the next 6 to 12 months.

· The current level of liquid resources available to the Company to invest is £97 million, which represents 12% of the NAV as at 31 May 2019, this is a level below that of the long-run average that would typically be invested within a 12-month period.

· Whilst the Board expects to see further realisations over the short to medium term, there is also an expectation of continued deployment given the Investment Manager’s attractive proprietary pipeline.

New Ordinary Shares issued pursuant to the Placing will be issued at a price of 217.1 pence each. The Placing Price represents a premium of approximately 1.1 per cent. to the last published NAV as at 31 May 2019. The issue premium has been set at a level to cover the costs associated with the Placing.

The total number of new Ordinary Shares available under the Placing is 37,324,698 representing approximately 10 per cent. of the current issued share capital of the Company and the full extent of the authority for non pre-emptive issues granted by Shareholders at the 2019 AGM.

The issue is available to Qualified Investors (as defined in the Terms and Conditions appended to this announcement), who are invited to apply for new Ordinary Shares through the Company’s corporate broker, Numis, on the contact details below.

The expected timetable for the Placing is as follows:

All new Ordinary Shares issued pursuant to the Placing will, when issued and fully paid, confer the right to receive all dividends or other distributions made, paid or declared, if any, by reference to a record date after the date of their issue.

The closing date and the size of the Placing, and the decision to allot new Ordinary Shares to any Qualified Investor, will be determined at the absolute discretion of the Company and Numis.