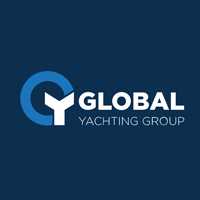 GYG Plc (LON:GYG) has released a trading update, which highlights a number of delays to its Refit contracts stemming from hurricane activity in the US and Caribbean as well as a further delay to a substantial contract. We are downgrading our 2017 forecasts to reflect this timing, and conservatively leave our 2018 forecasts unchanged for now (implying 50% growth from 2017 outturn).

Trading update: GYG has given a trading update this morning, which has highlighted it has experienced several delays on the start dates of some of its refit contracts resulting from the two hurricanes that hit the US and Caribbean in Q3 (a large proportion of mega yachts go to St Barts and St Martin who were both hit extremely hard). This is a timing issue rather than contracts being lost or cancelled. In addition, a substantial contract scheduled to start in September has also been delayed due to the vessel not arriving in dock until the middle of November.

Key performance drivers: The contract delays occurred exclusively within the Refit division. The impact of the hurricanes has disrupted cruising patterns with owners extending their Mediterranean season while facilities were assessed in the Caribbean, hence decisions relating to refit programmes were delayed. The “substantial” contract was also a Refit contract, with the majority of revenue now not being recognised until December and into Q1 2018. Elsewhere, the New Build division has performed in line with expectations, which should be a useful pre-cursor for future market growth. The Technocraft division, which fits scaffolding on and around vessels has also performed with record Q4 revenue +66% YOY, reflecting the shift in contracted work into Q4 and early 2018. Savannah was not impacted by the hurricane activity.

Forecasts: We are downgrading our 2017E forecasts to reflect the timing of these Refit contracts, which generate gross margins in excess of 30% and therefore has a disproportionate impact on profitability. We are now assuming revenues of €61.0m (-8% vs. previous forecasts) with adjusted EBITDA of €7.1m (-12% vs. previous forecasts). We have also tweaked up our depreciation number by €0.2m to reflect the increased activity levels in Technocraft, which involves the hiring of equipment. The upshot is a 17% cut to 2017E EPS. We are maintaining our 2018E forecasts at this juncture, which should prove very conservative given this timing impact on Refit contracts.

Investment view: While the downgrade to 2017E EPS is disappointing, we believe the Group is well positioned with superyacht numbers at their highest ever levels and growing, with the order book dynamics firmly intact. The dividend yield in excess of 5% from 2018E should also offer some support in our view.

You can read the full GYG archive by clicking the EPIC code.