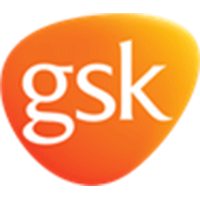 The 196 patients in the trial had relapsed multiple myeloma, were refractory to an immunomodulatory drug, a proteasome inhibitor, and to treatment with an anti-CD38 antibody. The two-arm study met its primary objective and demonstrated a clinically meaningful overall response rate with belantamab mafodotin in the patient population. The safety and tolerability profile was consistent with that observed in DREAMM-1, the first time in human study of belantamab mafodotin.

“I am pleased with the results of the DREAMM-2 study and excited about what these data could mean for patients with multiple myeloma who have exhausted other lines of treatment. We are on track to file belantamab mafodotin later this year and continue to investigate how it could help even more patients with this disease.”

Data from the DREAMM-2 study will be the basis for regulatory filings starting later this year.

Multiple myeloma is the second most common blood cancer and is generally considered treatable, but not curable[i]. Research into new therapies is needed as multiple myeloma commonly becomes refractory to available treatments.

Safety and efficacy results from the DREAMM-2 study will be submitted for presentation at an upcoming scientific meeting. Additional ongoing studies are testing the effect of belantamab mafodotin as third-line monotherapy in relapsed/refractory multiple myeloma and as a combination treatment in the first and second line setting as part of the broader DREAMM clinical development programme.

The normal function of BCMA is to promote plasma cell survival by transduction of signals from two known ligands, BAFF (B-cell activating factor) and APRIL (a proliferation-inducing ligand). This pathway has been shown to be important for myeloma cell growth and survival. BCMA expression is limited to B cells at later stages of development. BCMA is expressed at varying levels in myeloma patients and BCMA membrane expression is universally detected in myeloma cell lines[ii].

About the DREAMM clinical trial programme for belantamab mafodotin (GSK2857916)