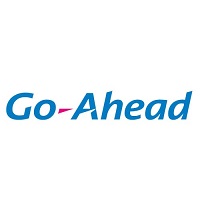 Go-Ahead Group (LON:GOG), as part of the Network Rail Consulting team, today announced that it has been awarded a contract for the role of Systems Integrator for the Digital Systems Program for Sydney for Transport for NSW (TfNSW).

This is the first contract that Go-Ahead has won in Australia and its tenth international contract in total – a figure that has doubled over the last year. As well as its UK rail and bus operations, Go-Ahead currently operates in Ireland and Singapore and has won contracts in Norway and Germany.

The Digital Systems Program will replace existing signalling and train control systems with modern, internationally-proven intelligent technology. It enables more trains on the track and therefore a higher frequency of reliable services for passengers of Sydney Trains.

Through its Thameslink network, Go-Ahead was the first operator in the world to operate passenger services using Automatic Train Operation (ATO) over a European Train Control System (ECTS) signalling system. This expertise will be applied by Go-Ahead in this contract.

Go-Ahead Chief Executive, David Brown, said: “We are delighted to have won our first contract in Australia and with the continued roll-out of our international expansion strategy. This is a project which will utilise Go-Ahead’s skills in preparing for future transport needs and it is pleasing to see that there is international demand for UK expertise in implementing rail technology.

Having been involved in the UK’s Digital Rail programme, Go-Ahead recognises the opportunities that digitisation brings in transforming rail operations for the 21st century. We look forward to using our experience to help enable TfNSW and Sydney Trains implement this technology within their operations.”