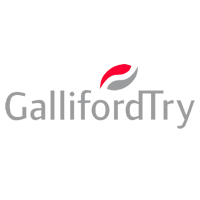 The Board of Galliford Try plc (LON:GFRD) noted the recent media speculation and confirms that it received a preliminary proposal from Bovis Homes Group PLC to acquire Galliford Try’s Linden Homes and Partnerships & Regeneration divisions in exchange for new Bovis Homes shares.

As set out in the Trading Update on 21 May 2019, the Galliford Try Board remains confident in the long-term prospects of the group.

You can read the full GFRD archive by clicking the EPIC code.