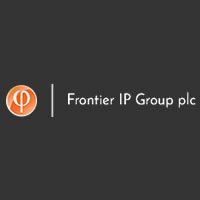 Frontier IP Group (LON: FIPP), a specialist in commercialising university intellectual property, has today announced portfolio company The Vaccine Group, has won a £403,000 grant as part of a £1.46 million Anglo-Chinese project to combat an emerging antibiotic-resistant disease able to jump from pigs to humans with potentially fatal effect.

The project, funded by the Department of Health and Social Care (DHSC) and administered by Innovate UK, will develop TVG’s novel herpesvirus-based platform technology to create a single-use vaccine for use in pigs. The work will be undertaken with Chinese partners, including the Shanghai Veterinary Research Institute at the Chinese Academy of Agricultural Science, and the Shanghai Jiao Tong University. A major producer of swine and poultry vaccines, the Pulike Biological Engineering Company, is the commercial partner.

The vaccine will target a bacterium called Streptococcus suis (S.suis), which can cause meningitis, blood poisoning, or septicaemia, as well as many other serious diseases in humans. Incidents have been rising globally and in Asia it is now classified as an emerging threat. The disease is currently treated with antibiotics, but there is growing evidence that S.suis is becoming resistant to them. Effective vaccines remove the need to use antibiotics in animals.

The University of Plymouth spin out was founded by Dr Michael Jarvis, Associate Professor of Immunology and Virology at the university’s Institute of Translational and Stratified Medicine. Frontier IP holds a 19.2 per cent stake in the Company.

TVG’s technology is based on safe forms of herpesviruses, which occur in nearly all animals, including humans. The vaccines are created by modifying these viruses through inserting regions of the pathogen being targeted to stimulate immune responses against the disease.

“Drug resistant infections claim hundreds of thousands of lives across the globe. An innovative and international response is vital – this latest collaboration between the UK and China guarantees much needed research to address the complex and world-wide issue of AMR.”

“Antimicrobial resistance is one of the biggest global challenges in healthcare. It has been estimated that the AMR threat could lead to 10 million extra deaths a year and cost the global economy up to £75 trillion by 2050.

This partnership between China and the UK’s world-leading bio-industry is a vital contribution to tacking this issue through international co-operation.”

“Vaccination to control bacterial diseases has been shown to be really effective in the fish industry, and it does this without increasing bacterial resistance to antibiotics (AMR). We’re therefore very excited about the opportunity this grant gives to expand this approach to a major bacterial disease of pigs that is increasingly being spread to humans.

AMR and emerging infectious disease are global problems, and this grant also demonstrates the strength of bringing together scientists and stakeholders from across the globe to address common societal issues.

This exciting development supports the novel approach The Vaccine Group has towards creating new vaccines to combat the spread of dangerous diseases from one animal species to another.”

“TVG’s novel vaccine technology has the potential to play a material role in beating the threats of antimicrobial resistance and, more widely, from life-threatening diseases which infect animals and then jump to humans.”