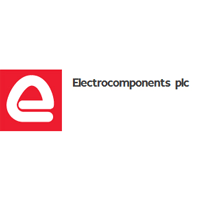 Electrocomponents plc (LON:ECM) today announced the appointment of David Sleath as Non-Executive Director of the Company effective on 1 June 2019. He will also be a member of the Nomination, Audit and Remuneration Committees.

The Company further announces that after six years of service, John Pattullo will be retiring as Non-Executive Director and Senior Independent Director (SID) on 1 September 2019. David will be taking over as SID from John.

David is currently Chief Executive Officer of SEGRO plc having served as Finance Director since 1 January 2006. Previously, David was Senior Independent Director and Audit Committee Chair of Bunzl plc from 2007 to 2017. He was a board member of the European Public Real Estate Association from 2011 until 2017, and President of the British Property Federation 2016-2017.

Peter Johnson commented: “We are delighted to have David join the Electrocomponents Board. He brings a wealth of international business and plc board experience across multiple sectors and valuable insight into the dynamics of service-led business models.

The Board would also like to express its gratitude to John for his significant contribution over the years. John has been an outstanding Board member as well as Chair of the Remuneration Committee and latterly SID and has also provided me with invaluable support over the years. It has been a pleasure to work with him and we wish him well for the future.”