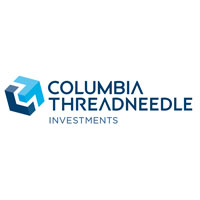 Columbia Threadneedle Investments Fund Manager Matthew Evans caught up with DirectorsTalk for an exclusive interview to discuss how 2016 played out for them, standout investments including Blue Prism Group Plc (PRSM), Scapa Group plc (SCPA) & YouGov Plc, his view on prospects for the year, interesting sectors and stocks he likes the look of for 2017 including Secure Trust Bank Plc (STB) & Tyman PLC (TYMN)

A1: Well it has felt like a challenging year in the main, as we know the referendum led to some significant sector rotations that occurred very very quickly, primarily the overseas earners bounced very strongly and the domestic earners had a bit of a fall. We had felt going into 2016 that this despite data point suggesting a reasonable outcome for UK GDP and that those conditions were likely to remain fairly buoyant for a longer period of time, valuations had begun to price a lot of this strength in. So we had begun to make early moves in the portfolio in late 2015 and early 2016 but to be honest we felt that we would have more time to complete the changes throughout 2016 so those unique events of the referendum really made that slightly more challenging. So that led to the challenge really coming to fruition in H1 but we really discussed the issues a lot and retained as much of the discipline as we could around our approached evaluation and performance did improve for us in the second half of the year. We feel pretty comfortable now with the shape that the portfolio is in having a far more balanced position with a mix of domestic, overseas earners and some areas of the market we feel are slightly less correlated to actually economic growth.

Q2: Were there any stand out investments in your portfolio?

A2: Fortunately there were, despite being a challenging year and despite all of the uncertainty in the sector rotation we have managed to find several companies that delivered well for the portfolio in 2016. It is one of the great things about smaller companies and in particular it’s their ability to remain nimble and respond to changing markets and conditions and we particularly look for those that are developing interests in technology, products and services.

Particularly we found that it was actually a new issue last year for Blue Prism Group Plc (LON:PRSM) which was an IPO at the start of the year. We looked at this pre-IPO, did a lot of work ahead of that time and felt that it really did have a substantial market opportunity and it appeared to be in a position to benefit from its early mover advantage that they deliver process automation solutions and it was going to be increasing on a global basis. Their business model is particularly attractive and they have very stable recurring annual licence fees so although its performed very strongly throughout 2016 I think the potential side of its global market opportunity and the strength of their position within that keeps it as a very interesting stock going forward.

Another standout for us also included Scapa Group plc (LON:SCPA) which has grown a very dominant position in technical tapes and adhesives and it sells solutions really to global brands.

We also had a very strong performance from one of our big weightings in the fund, YouGov Plc (LON:YOU), which is a research company and it’s adapting particularly well at the moment to the changing digital environment and how consumers want to consume that product.

A3: Well small-cap has actually underperformed the larger markets in 2016 and we think that’s quite interesting, we’re very much down to the UK outlook, post-Brexit, with investors tending to focus on the dollars earners and therefore the FTSE100 did outperform in 2016. This was dominated as well in small-cap by the sector rotations and there’s been a divergence of performance with the small-cap and with some overseas earners, particularly the resources sector, having performed very well and some of the domestic sectors having underperformed so we think that divergence is something we’re keeping a very close eye on in 2017. With the current data it’s remaining pretty supportive. Now we know the environment looks particularly uncertain, what with Brexit and Article 50 likely to progress in Q1, however that data has looked strong and is likely to support some of the domestic names, we think, through 2017.

We’ve got clear focus on valuation and the discipline around finding good businesses with attractive valuations and I think what’s key for us is that despite those challenges we think there’s a lot of compelling valuation opportunities within the smaller-cap marketplace and that’s something that’s really raising our interest at the moment within the sector. We’ve also seen M&A at the back end of last year with companies such as Brammer plc (LON:BRAM), E2V Technologies PLC (LON:E2V) and Lavendon Group plc (LON:LVD) all receiving bids late last year and this is certainly a trend we can see continuing. Through our research we know the very active IPO market in 2015 and in 2016 and we’re hearing that PE houses have plenty of cash at the moment and we could see the change in that cycle as they potentially become buyers of businesses again so that’s something that we’ll be keeping an eye on and think could keep prospects fairly appealing in the small-cap end of the market. So we expect uncertainty will remain, there will concerns around what shape Brexit will take, however we do feel, and this is I think key to us, that a lot of this risk has been priced in. So for us a lot of it is going to be around the sentiment of how the market takes that news through the year but some of the fundamentals around valuation and opportunity remain reasonably appealing for 2017.

Q4: What sectors do you think will be interesting this year?

A4: Well I think if we discuss really the divergence between some of the sectors last year and I think some of the areas that we think will be attractive are some of the reversals of that but on a very selective basis.

So construction and infrastructure, in particular, we see the need to invest and improve our domestic infrastructure and I think it is a very compelling proposition for the government to keep focussing on that as we heard some signs of in the Autumn statement. With borrowing costs remaining low there is a need for us as a company to demonstrate that we’ve remained very much open to business to a global audience and there is clearly a benefit of this investment to domestic GDP and also for the growth prospects going forward. So that is certainly an area where there’s some good companies within the small-cap universe and we think as a sector will receive some pretty good attention through the year.

Other sectors that we think could also look interesting are actually the media technology space, there’s some very interesting companies in the healthcare sector as well and clearly there’s been a lot of talk about reflation so we’re keeping a very close eye on some of the financials as well.

Q5: Are there any particular stocks that you like the look of for 2017?

A5: Taking some of those sector views, I think Secure Trust Bank Plc (LON:STB) is a company that we think looks very interesting for 2017, having moved from AIM to the main market this year on the back of Arbuthnot having reduced their holding last year. It’s especially a lender that achieves strong returns on capital due to the very diversified nature of their book of business where they serve niche markets, where they can tightly manage risk and show very steady growth. Despite being positioned to grow and actually growing very strongly over the previous 12 months the management, led by Paul Lynam who’s one of the few qualified bankers in the sector, have shown very very good capital discipline which is something I’m particularly focussed on. They’ve invested in a very controlled way but also they sold their Everyday Loans business last year which was actually at a very compelling valuation and I think this has allowed them to reinvest into other areas of the business at very compelling returns. We think that’s a real positive that they’ve got that discipline around their capital investment and as we said, we think financials could have some interesting areas and that challenger bank area could well be an interesting part of the market in 2017.

I think from one of the other sectors there’s a company, Tyman PLC (LON:TYMN) which we think has had a fairly stable 2016 and what’s interesting about Tyman is it’s got about 80% of its revenues in overseas earnings and a very strong position in the US speciality buildings products areas, it manufacturers window seals, door handles and locks. It’s that position in the US we think is quite interesting because it really hasn’t benefited from the acceleration in the other stocks in the overseas market and from being a dollar earner and we think that looks a little bit anomalous at the moment. The valuation looks reasonably attractive against the market and we can see them having given a strong track record of acquisitions and with some self-help to come through, we feel that they’ve got a good opportunity to really maximise that position within the buildings materials space in the US in particular. Where we know Trumponomics is something that’s being looked on quite positively for that US domestic market.

Scapa Group plc is a holding company for a group of companies operating in the manufacture of bonding products and adhesive components for applications in the healthcare and industrial markets.

Secure Trust Bank Plc is engaged in providing banking and financial services. The Company’s principal activity is banking, including deposit taking, and secured and unsecured lending.

Tyman PLC, formerly Lupus Capital PLC, is a United Kingdom-based holding company. The Company is an international supplier of engineered components to the door and window industry.

You can read the full BRAM E2V LVD PRSM SCPA STB TYMN YOU archive by clicking the EPIC code.