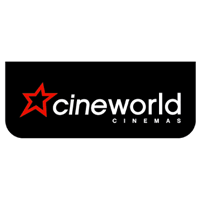 · Integration benefits from Regal greater than anticipated, with estimated run-rate synergies increased from $150m to $190m

· Given weaker box office, partially offset by strong execution of synergies and revenue initiatives, trading for the full year is expected to be slightly below management’s expectations

Pro-forma(1) revenue movements for the period were as follows:

(1) Pro-forma results reflect the Group and US performance had Regal been consolidated for the entirety of the period from 1 January 2018. For the purposes of percentage movements, the same comparative period has been applied.

(2) Constant currency movements have been calculated by applying the 2019 average exchange rates to the 2018 performance.

(3) ROW is defined as Rest of the World and includes Poland, Romania, Hungary, Czech Republic, Bulgaria, Slovakia and Israel.

Update on US Integration and Transformation Plan

Our integration plans for Regal have progressed well and management is pleased to announce an increase in achievable synergies from $150m to $190m following significant improvements in contractual terms and the elimination of excess costs. Further, the Group has achieved better than anticipated results from revenue initiatives. The full impact of all these additional initiatives and cost savings will be realised in 2020.

Our Unlimited program, which has successfully operated in the UK and Poland for several years, was launched in the US in July 2019. The program has been extremely well received and is well on track to reach membership levels above initial management expectations by year end. The program has assisted in mitigating the impact of the first-half closure of 16 loss making sites (168 screens) and other part-closed screens during renovation.

Our refurbishment program in the US is on track with 10 sites under refurbishment. Another 70 agreements have been signed for other strategic sites to be refurbished in the US in the near term. We expect these sites to result in a strong return on investment in line with our experience in the UK and ROW. An agreement has also been entered into with Lavazza, the Italian coffee chain, to incorporate coffee bars in new and refurbished sites, the first of which will open this month in Union Square, NY.

Investment in the latest technology continues to be a key pillar of the Group’s strategy. During the second half of the year, the Group opened 15 ScreenX and 10 4DX across the estate. Both formats are proving very popular and we anticipate having around 40 4DXs and 30 ScreenX by end of 2019 and plan to double the amount in 2020.

During the second half of the year, as part of the Group’s estate management strategy, five new sites (45 screens) were opened, two in the UK, two in the US and one in Poland. We have also continued to close unprofitable sites with five of the Group’s sites closed in the second half, three in the US, one in the UK and one in Czech Republic. This brings the total number of sites in the Group as at 1 December 2019 to 786 with 9,498 screens. We also expect to open three new sites before the year-end (two in the UK and one in Hungary).

As anticipated, the box office performance for the reported period was slower than the comparative period in 2018 reflecting the phasing of major releases and postponement of some highly anticipated movies to 2020. The second half of the year started strongly with the release of “The Lion King”, “Spider-Man: Far from Home”, the record-breaking “Joker” and recently “Frozen 2”. There are still two major blockbusters to be released in 2019 with “Jumanji: The Next Level” and “Star Wars: The Rise of Skywalker” in December.

Despite a challenging comparative period, Group performance has been resilient across the portfolio. We remain focused on operational performance, cash flow generation and de-leveraging which will be achieved within our current capital allocation framework with no change to the dividend policy.

The impact of the major releases in December is expected to continue the recent positive box office trend. However given the weaker full year box office, partially offset by strong execution of synergies and revenue initiatives, management expects trading for the full year to be slightly below management’s expectations

“Despite the challenging backdrop, Cineworld has continued to execute well and our strategy of focusing on optimising customer experience remains unchanged. There is an impressive selection of movies to come, which coupled with our extensive premium technology-led offering and exciting food and beverage offerings, will contribute strongly to our operating results and underpin our mission to be “the best place to watch a movie”. I am confident both about the future of the theatrical business as a whole and most importantly our ability to be a leader in it.”

With immediate effect, Goldman Sachs International has been appointed as a joint corporate broker alongside the Group’s existing advisers.

You can read the full CINE archive by clicking the EPIC code.

Cineworld Group 2019 was a solid year